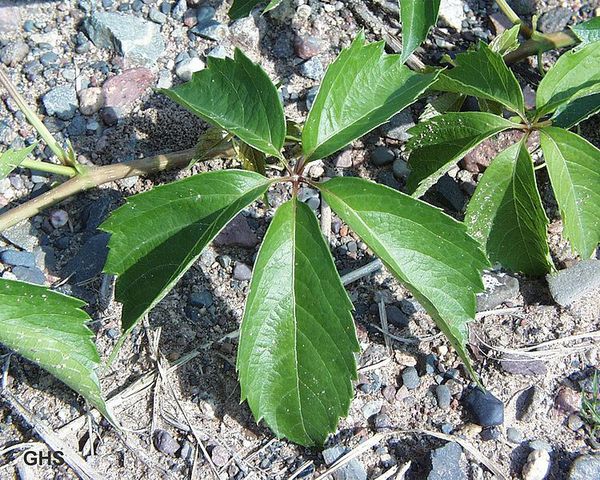 Boston ivy, or Virginia creeper, is a plant I identified as being an adaptogen in my PhD research. Its not a plant that is actually used as a life building tonic at the moment, but, my research revealed that it has potential and should be studied for potential use in the contemporary age.

Part Used: Bark and twigs collected in the fall after berries have ripened.

History
Virginia creeper is a common shrubby vine found growing from the Quebec Province to Southern Florida, and as Far West as the Rocky Mountains. The vine attaches itself to trees, fences, and walls, and can climb as high as 50 feet. The drug was used by the Native Americans as a medicine (Chippewa, Meskwaki, and Ojibwe) and became a domestic medicine early in Colonial history. (9)

Indications
“It has been considerably employed in scrofula, and many times with evident advantage; likewise in chronic cutaneous affections, in which it has, in many instances, displayed important curative virtues.” (3) “Deficient nutrition, scrofulous diathesis, sluggish lymphatic circulation.” (5)

Adaptation Energy
From Selye’s perspective, the drug increased adaptation energy. Evidence to this effect includes the following. The drug was used to increase resistance to infection. It was used to bolster patients having entered into State of Exhaustion . It was said to improve functional energy of the internal organs when vital energy had become depleted by chronic disease. In addition, it was used to stimulate the healing of old ulcers and sores.

The twigs and bark are reported to be safe by the Eclectics. According to the Eclectics, the leaves caused severe emesis, diarrhoea, collapse, and narcosis, with dilation of the pupils. (1–8) Foster and Duke list the berries and leaves as being toxic but do not comment on bark or twigs. (10)

Clinically, the drug was used to increase resistance to chronic bacterial infections. (1–8)

Clinically, the drug was used to normalise the abnormal physiological functions associated with State of Exhaustion .

Discussion
The drug exhibits properties consistent with Brekhman’s definition of an adaptogen. It is innocuous, it raises resistance to a wide assortment of biological threats, and it normalises function.

Parthenocissus quinquefolium did not have a wide field of use. It was primarily used to treat tuberculosis infection and tuberculosis caused constitutional collapse. In addition, it was used to treat what we would now call lymphoma and leukaemia. Eclectic experimentation with the drug was eclipsed by the closure of the Eclectic institute. They had just begun working with the drug when the movement came to an end. However, the initial work with the drug indicates the drug warrants additional research.

Potential Clinical Applications
The drug was used to treat intractable tuberculosis. It may have use in the treatment of resistant strains of this infection.

Eco-availability
The drug is a weed.

1854: JOHN KING – AMPELOPSIS QUINQUEFOLIA – AMERICAN IVY
Properties and Uses – Alterative, tonic, astringent and expectorant. Used principally inform of syrup in scrofula, syphilitic affections, and wherever an alterative is required. It has also been recommended in bronchitis and other pulmonary complaints. Dose of the syrup or decoction, two or four ounces three times a day.

1874: Scudder
The ampelopsis comes under the general classification of alteratives. It is a feeble agent in this direction and will have but limited use. It would be well to have it thoroughly tested, and for this purpose I would suggest a tincture of the fresh bark, in doses from one fourth to one teaspoonful.

1887: Scudder:
The bark of this vine is one of the most efficient alteratives we possess, both in scrofula an ddiseases of the respiratory apparatus. In old ulcers and chronic and obstinate eruptions of the skin, the infusion taken internally and applied to the ulcer or surface, two or three times a day, effectually removes this disease.

Therapeutic Action – Ampelopsis is alterative, expectorant, tonic, diaphoretic, and subastringent. It has been employed by many Eclectics as an alterative in the various cases requiring the exhibition of these agents. It was first introduced to the notice of our physicians as a remedy in chronic disorders of the respiratory organs, as phthisis, chronic bronchitis, chronic laryngitis, etc., in which it was found, in many cases, to exert an influence which should recommend it to the attention of the profession.

It has been considerably employed in scrofula, and many times with evident advantage; likewise in chronic cutaneous affections, in which it has, in many instances, displayed important curative virtues.

1898: Webster(Lymphatic System)
The American Ivy is a remedy credited with a marked influence over the lymphatic system, though its direct effect in the way of lessening glandular enlargement is not proven. However, its effects on the bloodmaking functions are such that there is little doubt that they are due to a dynamical influence on the lymphati glands.

Ampelopsis is applicable to those vitiated conditions of the system termed scrofolous and it doubtless acts by improving the functional energy of the organs concerned. It is not a very powerful agent, and will be used but seldom,as there are many more positive remedies of its class.

Proffessor Goss asserts that ampelopsis is an excellant remedy in leucocythemia, it regulating the proportion of the white corpuscles and improving nutritive functions generally.

Form of administration: a tincture prepared from the green leaves.

1909: Felter and Lloyd: AMPELOPSIS – AMERICAN IVY
History – The American ivy is a common and familiary shrubby vine, climbing extensively, and by means of its radicating rendrils, supporting itself firmly upon trees, ascending to the height of 50 feet; in the same manner it ascends and overspreads walls and buildings; its large leaves constituting a luxuriant foliage of dark glossy-green. It is found in wild woods and thickets throughout the United States , and blossoms in July, ripening its small blackish berries in October. The bark and twigs are the parts used. Its taste is acrid and persistent, though not unpleasant, and its decoction is mucilaginous. The bark should be collected late in the fall, after the berries have ripened. Bernays (P. J. Tr., Vol. VII, P. 80) reports poisoning by the leaves, with severe emesis, diarrhoea, collapse, and narcosis, with dilation of the pupils. This plant is frequently thought to be poison vine (Rhus Toxicodendron). It differs from the latter, however, among other ways, in having 5 instead of 3 leaflets, so that any one may easily differentiate the two vines. It may be handled with impunity. (Compare with illustration of Rhus Toxicolendron). Ampelopsia, one of the old “resinoids or concentrations,” is unworthy of consideration as a medicine.

Action, Medical Uses, and Dosage – Alterative, tonic, astringent, and expectorant. Used principally in the form of syrup in scrofula, syphilitic affections, and wherever an alterative is required. It has also been recommended in dropsy, bronchitis, and other pulmonary complaints. Dose of the syrup or decoction, 2 to 4 fluid ounces, 3 times a day; tincture, 10 to 30 drops, 3 times a day.