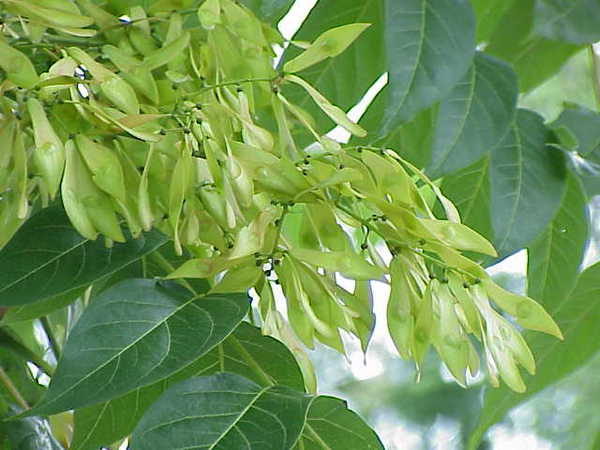 1898; Webster; (Antiseptics, Antizymotics, Correctives)
This remedy has been much vaunted by the homeopaths as a reliable corrective in malignant form of scarlet fever. They assert that the provings develop symptoms similar to those in which it proves curative. However this may be, clinical experience has proven the drug a valuable one in some scarlatinal cases, and we will not hesitate to employ it whether it be considered an endorsement of homeopathy or not. This is good Eclecticism at least.

In the putrid, malignant typhoid forms in scarlatina, we may find ourselves put to task for a remedy to meet the intensely prostrating effects of the systemic poison present, and may find that this will be just the thing needed. .

I have tried it on several occasions where I was well pleased with the results.
In such cases the eruption is dusky, carmine in hue – not bright-red as usually – the temperature is high, 105? or more, with pungent heat of skin, the pulse is small and so rapid as to hardly be counted, the breathing is hurried and agitated, there is great thirst, and usually delirium and coma are present. The tongue also presents a dusky hue, is dry, parched and cracked, and there are sordes on the teeth. Involuntary discharges of urine usually attend this state.

Typhus fever also affords a place for this remedy, and on this coast, especially, it may often be used with advantage where low forms of fever, marked by sinking are not uncommon. Evidence of blood depravation in these cases may place this remedy in the group that will arise in the mind of the practitioner as adaptive here. For example, baptisia, echinacea, etc.

1898: Webster: (digestive)
This remedy has proven curative of malignant sore throat, ulceration of the tonsils and other inflammatory conditions of the tonsils marked by adynamia and persistency. It is worthy of trial when other well tried remedies fail.

1909: Felter and Lloyd: AILANTHUS – AILANTHUS
History, Description, and Chemical Composition – Ailanthus glandulosa is a native of China, where it is known as “Ailanto,” of which the Terman name “Gotterbaum” is said to be a translation. “Tree of Heaven” is the name by which the tree is vulgarly known in this country. It is in common cultivation as a shade tree throughout Europe and the United States, and has become naturalized in many localities. It was formerly classified in the natural order, Rutaceae, but is now placed in that of Simarubaceae. It is allied to the genera, Quassia and Simaruba, from which it differs in the fruit being a samara.

This tree is of rapid growth, and easily accommodates itself to any soil, thus being well adapted to cultivation; but it is objectionable on account of a fetid odor, which is mostly exhaled from the sterile flowers. The genus Ailanthus consists of 4 species, all large trees, and natives of Asia, none of which, however, are cultivated in this country excepting the A. glandulosa. The recent root is white, hard and woody. It is covered with a white, fibrous bark, the outer part of which is gritty, brittle, and yellowish, over which is a gray epidermis. The epidermis of the limbs and growing sprouts is smooth, shiny and brown, or yellowish. It is studded with numerous little eruptions which increase in size with age, until, when old, the bark is rough. Beneath this a green coloring matter is found in young specimens, while the bark next to the wood is white. In growing shoots the woody matter is thin, surrounding a yellowish-brown pith, which latter decreases in proportion with the growth of the shrub. Both the root and shrub have an acid reaction when fresh, and exhale a disagreeable odor when broken. For medicinal purposes, the bark of the small bushes and roots is to be preferred. Prof. Hetet, of Toulon, noticed the tree in the Journal de Pharmacie, in 1859, at which time it attracted attention in France, in consequence of its leaves having been suggested as food for a species of silk-worm. The bark of the tree was experimented with, and attracted some attention at that time as an emeto-cathartic and anthelmintic, but it seems to have quickly fallen into disuse.

In the year 1875, Dr. H. L. True published an article in the E. M. Journal, which revived, among the Eclectic practitioners of this country, an interest in the therapeutical use of the bark; since which numerous communications to medical journals have created a demand for it, the bark being supplied in abundance in most localities. In the later fifties, M. Payen analyzed the bark, and detected lignin, chlorophyll, yellow coloring matter, pectin, bitter substance, aromatic resin, traces of volatile oil, nitrogenous matter, and some salts. Afterward (1861), Mr. Alonzo Lilly, Jrl, made an examination, the result of which differs considerably from the above, as, according to this gentleman, the constituents are, starch, tannin, albumen, gum, sugar, oleoresin, and a trace of volatile oil, potash, phosphoric acid, sulphuric acid, iron, lime, and magnesia.

The bark has a nauseating, bitter taste, and when recent, a sickening odor. Both the fresh and the carefully dried bark impart a deep-green color to alcohol, probably due to chlorophyll, the color gradually changing to yellowish-brown by age, the action of light accelerating the change. According to our experience, the bark contains a resinous substance, which, with the volatile oil, is extracted by alcohol, which agent will perfectly exhaust all the characteristic properties of either the fresh or dry ailanthus. According to the experiments o fM. Hetet, the purgative property resides in the resin, while the volatile oil gives rise to the prostrating an dother ill effects produced on those exposed to the vapors of the evaporating extract; and, probably, to a similar hydrocarbon, may be ascribed the sickening sensation experienced by many persons when inhaling the atmosphere vitiated by the emanations from an Ailanthus tree in blossom. M. Hetet’s statement, that the resin is purgative, has been disputed; some even assert that the resin is inert.

Action, Medical Uses, and Dosage – The bark of ailanthus has been employed by Roberts, Dugat, and others, both in the recent and dried state, as a remedy for dysentery and diarrhoea; also in gonorrhoea, leucorrhoea, prolapsus ani, etc. Fifty grammes of the root-bark are infused for a short time in 75 grammes of hot water, then strained, and when cold, administered in teaspoonful doses, night and morning. To lessen the disagreeable impression following its use, as well as to mask its bitterness, it may be administered in sweetened orange-flower water, or in some other aromatic. Professor Hetet, of the Toulon Naval School, states in Jour. de Chin. Med., December, 1859, that the leaves and bark, in powder, or in the form of an aqueous or of an alcoholic extract, will remove tapeworm; but he found its action upon patients to be very disagreeable and nauseating, somewhat like that occasioned by tobacco upon young smokers. Dupuis has also found it useful as a taenifuge. In the September number of the Eclectic Medical Journal, for 1875, P.393, Dr. H. L. True, of Ohio, states, that from his observations, the bark is not poisonous, but produces vomiting, great relaxation, and a death-like sickness, which symptoms gradually pass away. He has successfully employed a tincture of the root-bark in cardiac palpitation, obstinate singultus, asthma and epilepsy. Its use in epilepsy has gained in reputation. It should be studied for its action in sick and nervous headache, with nausea, and an indescribable burning sensation in the forehead. Webster states, “the remedy, in 2x dilution, will cure malignant sore throat, ulcerated tonsils, and other tonsillar inflammations, marked by adynamia and persistency.” He states that he has been pleased with it in putrid, malignant, typhoid scarlatina, with dusky, carmine eruption, high delirium, and coma. The tongue is dusky, parched, and fissured; sorders upon the teeth; and the urine discharges involuntarily. Dose, 1 to 10 drops of the 2x dilution. His uses of the drug were derived from homoeopathy. Dr. True considers the present of these trees in malarial districts to have a strong action, similar to that of the eucalyptus, in antagonizing those influences that produce intermittents. The dose of the tincture is from 5 to 60 drops, repeated as often as required, or, from 2 to 4 times a day; specific ailanthus, 5 to 20 drops.

Specific Indications and Uses – Cardiac palpitation; spasmodic or epileptiform muscular contraction is occasionally used locally, in spray or otherwise, to allay the sufferings in certain maladies, from pain, as in rheumatism, lumbago, neuralgia, etc. The anaesthetic dose is about that of chloroform.

In dysentery and leucorrhea this remey is used with good sucesss, and in atonic conditions of the nervous system it has also given good results.

Ailanthus glandulosa is a nerve tonic. In very large doses its action is much like that of tobacco on persons unaccustomed to its use.

Administration – The powder is of greenish yellow color, strongly narcotic odor, nauseating, strongly bitter taste. The dose is from five to thirty grains.

Specific Medicine ailanthus is prescribed twenty drops in four ounces of water; a teaspoonful every hour or two hours.

The extract is given in doses of from one to five grains. The fluid extract in from five to twenty minims.

Physiological Action – In overdoses ailanthus causes vertigo, severe headache, pains in the back and limbs, together with great prostration, tingling an dnumbness; it reduces the pulse-beat and the respiration and causes great weakness, cold sweats and shivering. It is be given too frequently, or in too large doses, it causes death by paralyzing the respiratory center, its influence resembling that of tobacco. It is said that both quassia and gentian intensify its action, and that it should not be administered with either iron or lead compounds.

The presence of ailanthus in a malarial locality, like eucalyptus, will correct the malarial influence of that locality.

Specific Symptomatology – Its indications are similar to those of rhus tox. It is a valuable agent, but its therapeutic influence is not fully determined. It is yet in the experimental stage to a certain extent.
It is indicated in cases in which all the evidences of sepsis are quite pronounced or prominent, such as a dusky eruption, dirty, dry, cracked tongue malignant sore throat and tonsils, with sordes on the teeth, and excoriating discharges from the nose and mouth, bad respiration, an dadynamic persistence of disagreeable symptoms telling of blood-poison; in atonic conditions of the nerves, or of the mucous membranes of the body, or great general weakness an dprostration. It should be classed as an antiseptic, and in the same class with baptisia, echinacea, etc.

Therapy – It is of much service in scarlet fever, especially the malignant form, in typhoid, and other types of low fever an din low forms of acute inflammation. With special reference to the action of ailanthus as a tonic to the nervous system, it is efficient as a remedy in some cases of asthma as well as in epilepsy, an din many cases of epileptiform contraction of the muscles, etc. Frequently ailanthus will relieve nervous palpitations and severe cases of singultus, that for a long time have withstood other remedies.

With the Chinese, a decoction of ailanthus is a most favored remedy in tapeworm, dysentery and diarrhoea. Because of its special tonic effect on mucous membranes it is an excellent remedy in some cases of leucorrhoea, etc. For the same reason it has been priased as a remedy in many dyspeptic troubles.