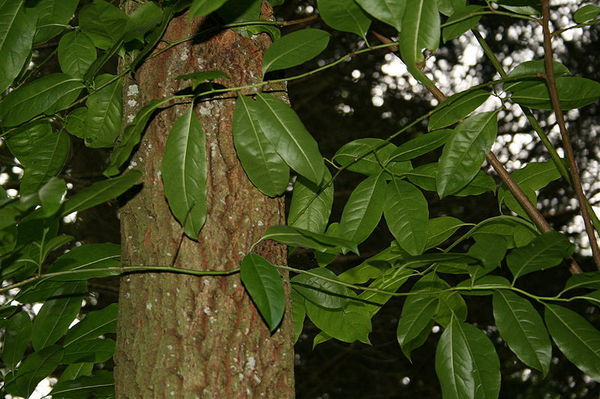 Sourwood was once used as a tonic, both by the Native Americans and the Colonials. It was used to shore up the body when life threatening illnesses like malaria were whipping through town. No longer used, sourwood should be investigated for its use in troublesome infections of today.

1898: Felter and Lloyd - OXYDENDRON – SOURWOOD TREE
Action, Medical Uses, and Dosage – Sorrel tree leaves are tonic, refrigerant, and strongly diuretic. Fever patients will find a decoction of the leaves a pleasant, cooling, and diuretic drink. A tincture of the leaves and twigs in whiskey is said to have been a popular remedy in kentucky for the kidney and bladder ailments of aged men, being employed to increase the renal secretion, and to relieve the unpleasant symptoms attending prostatic enlargement, vesical calculi, and chronic irritation of the neck of the bladder. The remedy was specially recommended in the treatment of dropsies by Dr. J. W. Davis, of Lewisburg , Ky. , in 1881 (Ec. Med. Jour., 1881, p. 497). Its strong diuretic powers were generally recognized, and several experimenters reported remarkable success from its employment in anasarca, hydrocele, pleuritic effusions,a nd hydropericardium.

It was asserted to give marked relief in urinary troubles, with frequent desire to urinate, with burning pain at urethral outlet, and the urine passing in drops, mixed with blood. It was subsequently employed in bowel troubles from exposure to cold, as when a determination of blood to the viscera occurred, causing diarrhoea or dysentery. It undoubtedly acts by giving increased tone to relaxed capillaries. Pills of a solid extract, containing 3 to 6 grains may be given every 2 hours; specific oxydendron, 1 to 20 minims every 2 or 3 hours.

Specific Indications and Uses -Anasarca, ascites, and other forms of dropsy; the urinary difficulties of old men; painful micturition, with scanty renal secretion.

Sourwood is tonic, refrigerant, and powerfully diuretic. It gives tone to relaxed capillaries; it gives relief to bowel troubles caused by determination of blood to the viscera, or by cold. Sourwood has long been a remedy to relieve the unpleasant urinary troubles of old men, due to cystic and prostatic causes. It should be prescribed when there is painful micturition with scanty urine, burning pain at the meatus, and blood passes with the urine, which is voided in drops. Its chief reputation, however, rests upon its asserted value in anasarca and other forms of dropsy, for which it has been somewhat overrated. Dose, in pills of solid extract, 3 to 6 grains every 2 hours; or specific oxydendron, 1 to 20 drops every 2 or 3 hours.