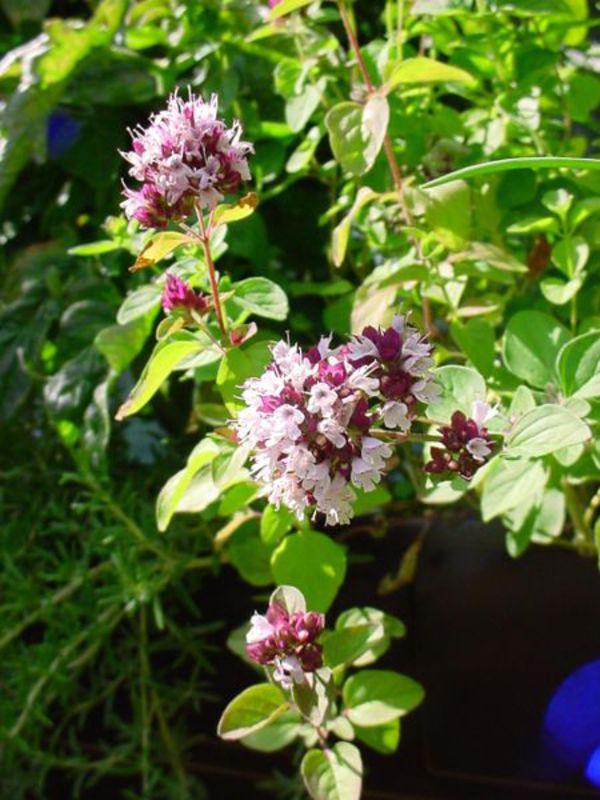 Oregano is one of the many members of the mint family, used for both cuisine and health. And, in some cases, cuisine and health. The plant is mostly used in pasta sauce today, but, it has long been used as a medicine since the days of the Greeks and Romans.

And though sweet marjoram will your garden paint
With no gay colors, yet preserve the plant,
Whose fragrance will invite your kind regard
When her known virtues have her worth declared,
On simonis’ shore fair venus raised the plant,
Which from the goddess’ touch derived her scent.
Paul de Rapin 1661-1725

Oregano is botanically named origanum majorana, which translates to the major origanum. The plant that ends up in a lot of italian red sauces has been called a number of different things at differnt points in histroy. Sometimes its called marjory, marjoram, oregano, organy, to mention a few tags this same plant has been saddled. Most texts a hundred years old and older refer to it as marjorie, so dont get confused as you read this text if you see the two words used interchangeably, its the same plant. To make matters worse, there are a number of different members of the organum family. The world of plants is rather confusing and consider this your opportunity to discover this. I suspect the plant has called itself the same thing since antiquity, if plants bother naming themselves. Most confusion in plant arises when it comes to what we call them.

To get this mayhem started lets look at the word organum. The word is derived from two greek words, horos and ganos. Horos means hill and ganos decoration. The combiation comes to hill decoration. You see, those strange botanical names all mean something real basic. Oregano grows wild on the hills around the mediteranean and some hills are quite literally covered , every square inch, with a carpet of oregano. As with most herbs bees feeding on these hills of oregano produce a fantastic honey that is much acclaimed for its clarity and richness.

There is record of oregano arriving in england from the continent in the 13th century. It was a very important medecinal and culinary herb long before this moment in england . There is actually an italian city called majori, with our friend the oregano as centerpeice in the coat of arms.

It was used to scent the air and in the closets as a moth ball agent.

Gerard says that the best time to pick oregano for medical use is when it is in flower. The nicest part of having oregano in the garden is that its evergreen and provides the cook with a year round supply of fresh oregano. Fresh oregano is much nicer to work with than the dried. The flavor is m

Uch more subtle and belnds more nicely into an herb mixture. I find dried oregano to over powering for most dishes , whereas the fresh is much more social.

One use of oregano that has fallen into disuse is a oregano cough drop. The leaves and flowers of the herbs are ground into a fine powder and mixed with honey. This mixture is then cooked down to the point the mixture turns to hard candy and can be made into drop;lets. These suckers are very effective in relieving the symptoms of a chest cold.

As to growing oregano, it happens to be one of hte easier herbs to wok with. A low spreading perenial , oregano stays ever green in most of hte country, the exceptions being the extreme north.

It takes an average soil and likes a full days sun. The plant grows to great proportions in the middle summer in its attempt to bloom. If you want to cut oregano to dry for winter use, the time to do this is as the shoots grow and gain some size and before flowering occurs. I just clip the whole plant back to three inches above the ground and chop. The plant will shoot up again quickly.

Gerard makes an interesting note about watering oregano,” they are to be watered in the middle of the day , when the sunne shinneth hottest, even as basill should be, and not in the evening nor morning, as most plants are. I have found all of gerards garden comments very useful,this one included.

Gerard goes on to say that oregano brings down urine and the monthly curses.

The Greeks felt that if oregano appeared on the grave, it augured happiness for the departed spirit.