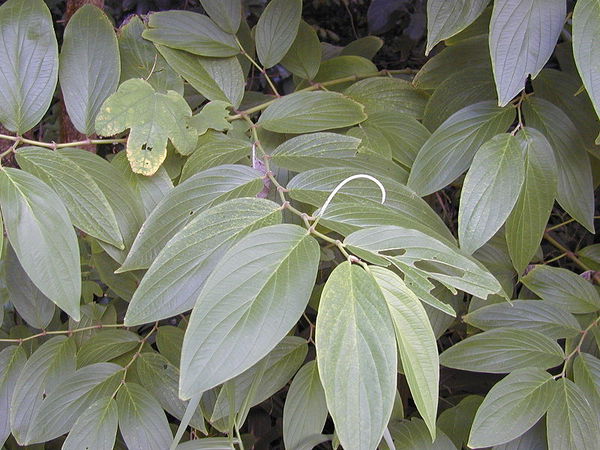 Matico is a member of the pepper family and, like all members of the family, has a stimulating effect on the body in general.

1854. John King. Materia Medica. -PIPER ANGUSTIFOLIUM
Properties and Uses – Aromatic, tonic, and stimulant, and exerts an influence on the urinary passages. Highly recommended in hemoptysis, hematemesis, dysentery, and hematuria, in doses of one drachm of the powdered leaves, or one or two fluidounces of the infusion, four times a day. The leaves and flowering tops have been used with advantage in the diseases of the mucous membrane, as gonorrhea, leucorrhea, menorrhagia, catarrh or the bladder, hemorrhoids, and epistaxis. Externally, the leaves are used for arresting hemorrhage from wounds, leech-bites, etc,; the downy part of the leaf is said to be the most active part. Also applied to ulcers. A tincture is also used, made with two ounces and a half of the leaves to a pint of diluted alcohol, of which the dose is from one to three fluidrachms.

1898: Felter and Lloyd – PIPER (U.S.P.) – PIPER
Action, Medical Uses, and Dosage – Pain and redness are the results of the local application of powdered pepper. Internally administered it excites in the mouth and fauces a burning sensation, warms the stomach and slightly quickens the circulation. Abdominal heat and burning, marked thirst, vomiting, fever, and sometimes convulsions follow an excessive dose. It may produce an urticaria which, however, soon disappears. Large doses increase renal activity and irritate the urinary tract. Black pepper is a gastro-intestinal stimulant, and is much used as a condiment to improve the flavor of food, and to favor its digestion by stimulating the stomach. It has been advantageously used as a carminative to remove flatulency, and to correct the neuseating or griping quality of other drugs, and is sometimes added to quinine in cases where the stomach, from torpidity or other cause, is not acted upon by the quinine alone. It has been recommended as a remedy in intermittents, but very often fails, though it nearly always materially assists the action of quinine. As a gastric stimulant it is very valuable in congestive chill, cholera morbus, and associated with hydrastis, nux vomica, or other stomachic bitters is effectual in atonic dyspepsia. Combined with macrotys it has rendered good service in atonic amenorrhoea and dysmenorrhoea. The unbroken seeds of white pepper taken in teaspoonful doses 2 or 3 times a day, have been recommended to overcome the onstinate constipation of dyspeptics; they are, however, rarely used at present.

The dose of black pepper is from 1 to 15 grains. Prof. Scudder, with whom black pepper was a favorite drug, directs from 1 to 10 drops of the following tincture: Take finely ground black pepper, 3viii; alcohol, 98 per cent, Oj. Pack the drug in a percolator, moisten with a portion of the alcohol, allow it to stand a day, and then pass through it the remaining portion of alcohol.

1911: LLOYD
Matico, Piper angustifoliuS, is a shrub native to Bolivia , Peru , Brazil , Venezuela , and other South American countries. Its qualities are said to have been discovered by a Spanish solder named Matico, the legend being that he applied some of the leaves to a wound, and observed that the bleeding was thereby stopped. This legend, current in South America gave to the shrub the name soldier’s herb, or tree. (See stamonium.) It is probable, however, that he learned of its native use by the Indians. In the beginning of the nineteenth century matico came to the attention of the profession of medicine in North America and in Europe, being conspicuously introduced by Jeffreys (340), a physician of Liverpool , who commended it, 1839, as a typtic and astringent. The introduction of the drug must, however, be considered as empirical, through the infusion of the leaves used by the soldier.