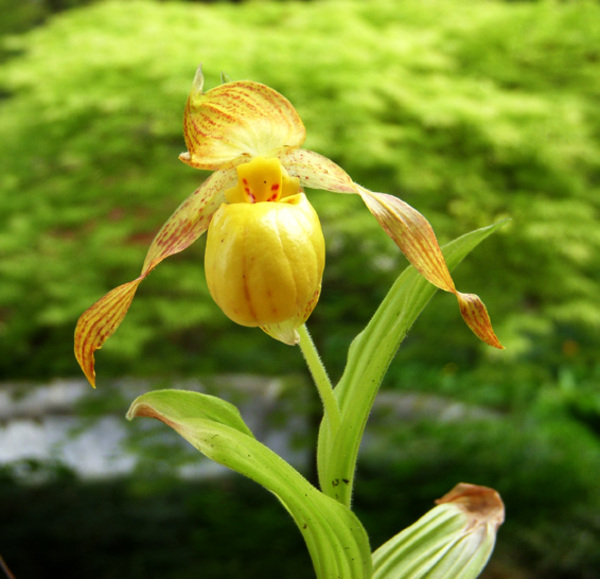 1911: LLOYD
Lady’s slipper (Cypripedium pubescens) is found in several varieties throughout the United States , where it is indigenous to rich woods and meadows. It has been valued as a domestic remedy and was once a home favorite in the form of a decoction for nervous conditions of women and children. It was thus utilized by the early settlers as a substitute for valerian, which fact gave it the name American valerian. Creeping thus into domestic therapeutic use, it naturally received the care and attention of the “Indian doctors,” and came gradually to the attention of the medical profession. To give the references necessary to its American record would cite all the domestic writers on American medicine of the nineteenth century as well as such authorities as King, Wood and Bache, etc.