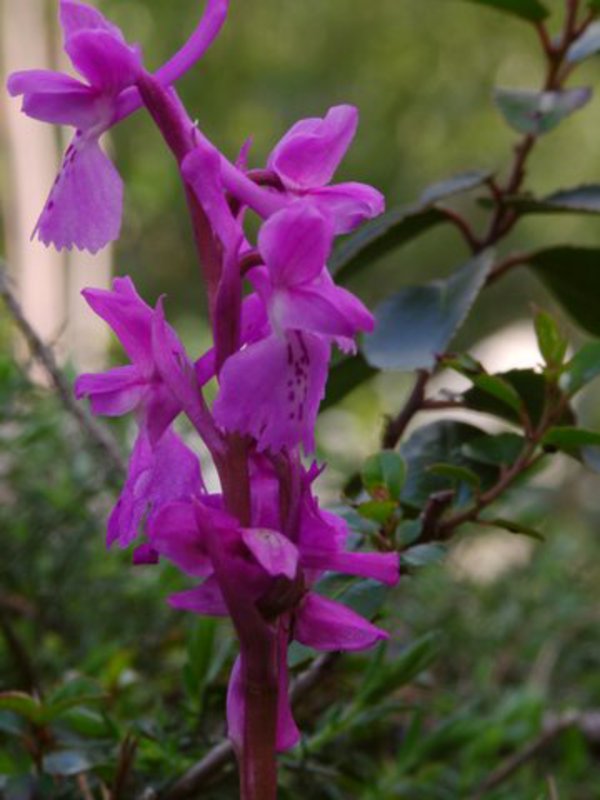 Since the beginning of time, people have scoured the hills and fields for plants that could increase health and well being. One of the plants found in this search was salap. Long used in health preservation, salap is an amazing tonic plant.

In a Word: Boy Tonic

Since the beginning of time, people have scoured the hills and fields for plants that could increase health and well being. The search has resulted in a long list of plants reported to increase strength and vitality. Ginseng from Asia, Damiana from Latin America, Sarsaparilla from the Native Americans and Salap from the Middle East are a few examples. In days gone by, these herbal medicines were available only to the very rich. In the days of global transport and advanced agriculture, many of these rare and coveted substances have become available to the average person.

When you sit down and take a look at the list of plants traditionally used as tonics, one thing becomes clear. The person interested in using an herbal tonic supplement has so many choices that it is hard to know which would be most appropriate. Education is the key! Having additional information about the different tonics should help you make an appropriate selection.

One point needs to be made clear. That which we know about tonics comes to us from history. The modern scientific community has not studied those plants which are said to improve general health. If you are looking for a tonic that has been validated by the scientific establishment, give up now. The work simply has not been done. To use tonics, we have to rely on historic records which tell us that for thousands of years people found these plants to be effective at increasing health. For some this is good enough, for others it is not. Salap is a good example of a tonic that has stood the test of time. It has been used to boost health since Biblical days, literally. The ancient Greek, Roman, and Arabian physicians kept it in their medicine bags, and in the Arabian world today it continues to be a popular remedy. Salap has been used for at least 3000 years to increase vigour. This says to me there must be something to Salap. People do not use a product for that long if it does not work.

Moses Maimonides, a famous ninth century Jewish physician, was fond of Salap and used it in his preparations for health. Maimonides was the physician to the Sultan of Cairo. In fact, he was physician to three successive Sultans. Maimonides’ patients had to keep up with very demanding schedules. It might not sound like a problem to some, but in practice, the life of a sultan proved difficult. It would have been one thing if all his patients had to do was to pleasure wives, but in fact, they had more than wives to think about. They had the affairs of state to contemplate and to manage. The historic record reveals that all three of these Sultans suffered from stress related illnesses, including asthma, depression, and impotence.

As a result, it was Maimonides’ job to come up with something that would help the Sultans keep up with their demanding schedules. He spent a great deal of time looking for medicines that would support the body and give it a boost. Now would be a good time to mention an important reality. Maimonides was under great pressure to provide his patients with effective medicine. Failure to put together a good formula could have cost him his head! In his opinion, Salap was one of the best tonics, and this says a lot. Remember, Maimonides was physician to three Sultans. He must have been good at his job or he wouldn’t have been kept around or kept his head for so long!

There is a reason I feel that Salap is as good an option for the modern person as it was for the ancient Sultans. Like Maimonides’ patients, the modern people are worn down by the stress of daily living. Stress eats away at well being. There are many different symptoms of stress, nervousness, poor attention span, poor energy levels, and poor sex drive being a few. Maimonides found that for the individual whose well being had been undermined by stress, Salap was an excellent option.

Physicians like Maimonides felt that if a person was strong and vital, they had sufficient energy levels to perform their daily chores. They said that a youth’s high energy levels were due to abundant “life force” or vitality. They also said that stressful living and the onset of age often chipped away at a person’s vitality. Diminished life force meant diminished energy. The solution, according to the ancient physicians, was to prescribe a tonic that could replace the lost vitality and vigour. Salap was seen as a source of vitality for those having lost theirs because of age, stress, or illness, etc. Modern people need a vitality supplement and that is just what they get with Salap.

What is Salap anyway?
To begin with, Salap is the dried root of a rare ground dwelling orchid native to the Middle East. Like truffles, it is expensive because it has to be collected from the wild and there isn’t much of it about. The root is then dried and ground to a fine powder.

Practitioners’ Advice
I believe that the traditional Middle Eastern use of Salap is still probably the best: heat one cup of milk over low heat until steaming. Remove from heat, add one 5 ml spoonful of Salap powder, and stir vigorously until a smooth milkshake-like beverage forms. Add sugar and cinnamon to taste. Salap is drunk every morning just like we drink coffee or tea, but unlike these caffeinated beverages, Salap is good for you!

It has to be said that Salap is a slow acting tonic. One should not expect to see a quick difference in general health. As it has time to work on the body, people notice they feel stronger, look better and have increased energy levels and ability to perform. Salap does not cause an overnight transformation. It should be taken long term the way one takes vitamins. The longer it is used, the better it seems to work. Patience is the key to using Salap to its best effect!