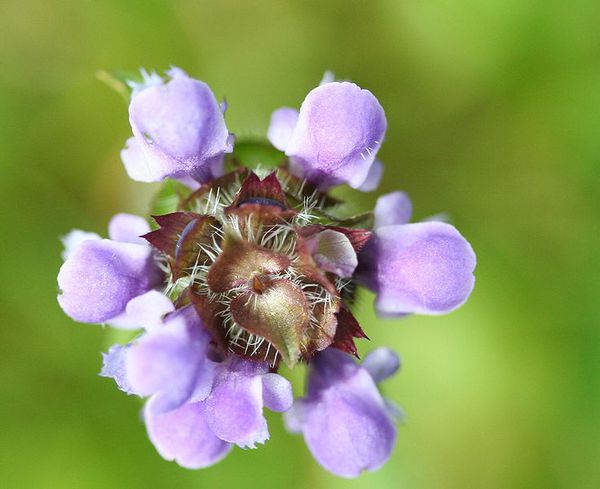 Elf heal is a mint relation, and like with all the other mint relations, plant this once, and you never have to plant it again. Its a vigorous grower, and, people who drink the tea made of it regularly, find they have enhanced vigor as well!

Unlike our last tonic plant, self heal is not a secret, it is used on every continent that human beings call home. So what’s in a name? This plant’s common names are as follows, heal all, cure all, and self heal. This gives you an insight into what people have found to be true of the plant. They didn’t call it sometimes heal, or might heal, or every once in a while heals, they call it heal all. And looking at its extensive use around the world, there must be something to the plant.

Self heal is a mint relation, and like with all the other mint relations, plant this once, and you never have to plant it again. The plant is incredibly vigorous, spreading by underground stems that shoot in every direction once stuck in the ground. If there is anything to the doctrine of signatures, this plant’s vitality should make anyone that takes it into their body, stronger than an ox.

In the South of the United States , ground hog plantain or square weed as it is called, is collected in the spring as a spring tonic plant, the whole thing used as a spinach substitute. The plant is collected and cooked in a big pot with a piece of hog meat, the traditional southern style of greens preparation. The modern southern cooks have substituted a little vegetable oil in place of the hog meat, due to the bad publicity animal fats have received in recent years. Every spring this green is gathered and eaten to knock out the body winter blues.

In China it’s called hsia-ku-ts’ao, and like every where else, the plant grows great guns and is widely collected as a tonic. The Chinese collect the plant just as it has spiked into bloom and take the lower leaves and flower heads off the plant and use them to treat fevers, rheumatism, and as an alterative. Alterative plants are plants that help bodies go from unhealthy to healthy. Taken in tea the Chinese feel the plant can keep the body well and far from illnesses’ way. The plant is said to assists the liver function which results in bright clear eyes. If you have eye trouble or liver trouble, self heal is used. It is also used to treat lumps in the neck and swollen glands which ties in with its use as an immunity booster. You know what happens when your body gets run down, those lymph glands swell right up. They feel the plant is entered through the liver, gall bladder, and lung channels.

Knowing that the Chinese use it as a an alterative, it should come as no surprise the plant has an antibiotic effect. Experiments indicate that heal all has a rather broad antimicrobial killing power, it is said to knock off Shigella supp., Salmonella typhi, E. coli, Pseudomonas aeruoginosa, Mycobacterium tuberculosis and Streptococcus. If this is not enough, it is known to wipe out many pathogenic fungi. That means fungus that attack the body and do you no good.

The plant is well known in Europe , and our friend Gerard has additional uses to list, “The decoction of Prunell made with wine or water, doth joine together and make whole and sound all wounds, both inward and outward, even as Bugle doth. His reference to the plant’s ability to make things whole after an accident, whether a cut or an internal injury is consistent with other European sources, like the name says, the plant helps healing. Gerard goes on to to say the plant is a sensational headache treatment. “Prunell bruised with oil of roses and vinegar, and laid to the forepart of the head, swageth and helpeth the pain and aching thereof.”

Gerard goes on to mention a little more, “It is commended against the infirmities of the mouth, and especially the ruggedness, blackness, and dryness of the tongue, with a kind of swelling in the same. It is an infirmitie amongst soldiers that lie in campe.”

I’ll tell you, if I ever woke up and found I had a black tongue, I would get real nervous real fast. Having your tongue turn black is Mother Nature’s way of saying, you need to work on your health, and Gerard tells us that all-heale will take care of this problem. His later reference, hitting on the fact that the plant helps soldiers living in camps, is an interesting one. Soldiers live in close quarters and when disease hits the barracks, it spreads like wildfire. Kind of like a cold running through the office. Here comes another listing of heale-alle being a life preserver, also consistent with other European herbalists. Heal all has a reputation of keeping people well during an outbreak of disease. This of course makes it perfect for the modern world, infectious disease central.

In colonial America heal all should have been called heal anything you might have, as its uses were incredibly diverse, here’s a list:
-worm killer
-sore throat cure
-fits( attacks of disease)
-stomach cramps
-urinary difficulties
-liver problems

The main use though, was as a tonic, and you already know what that means.

The Shakers sold lots of self-heal to treat internal bleeding, cankers in the mouth, and sore throats. This business of treating mouth sores is curious in that Gerard said the same thing. I didn’t bother leaving the quote in, but the old time herbalist said that the plant was good for both black tongues and cold sores. The Shakers do descend from a British line, so this cross reference makes a lot of sense. The gypsies give a double ditto on self heals’ ability to cure a sore throat and use as an ingredient in their medicine shows tonics for the throat.

In New Zealand the plant gets wide use as a first aid treatment. The plant being ground and applied to cuts, wounds, bruises, and sores that won’t heal. The Kiwis are not alone in the thought that whatever the plant touches, heals a lot faster. Like Gerard, they say the juice of leaves and flowers put onto the temples will take care of a headache in short order.

Most would agree the heart is an organ we would like to keep pumping away, trouble free. From the Irish we find a tea made to treat heart disease, Cailleach’s Yea. The Chinese in fact have found the plant to be an effective remedy for hypertension, or high blood pressure, which would make Cailleach’s Tea effective in treating someone whose heart troubles stem from high blood pressure.

Whatever you have, the world says heal all will cure it. It’s a rather steep claim, but if it’s at least partially true we will all be a little better off. As to getting some for your tonic pot, you can buy it or grow it. Being a mint relative, growing it is not entirely honest. You merely plant it and stand back. If you are going to grow it, just stick some in the ground. For harvesting for the tonic pot, cut the plant as it breaks into bloom, trimming it off one inch above the roots. The plant won’t mind and, in fact, this is incentive for it to grow a little more.