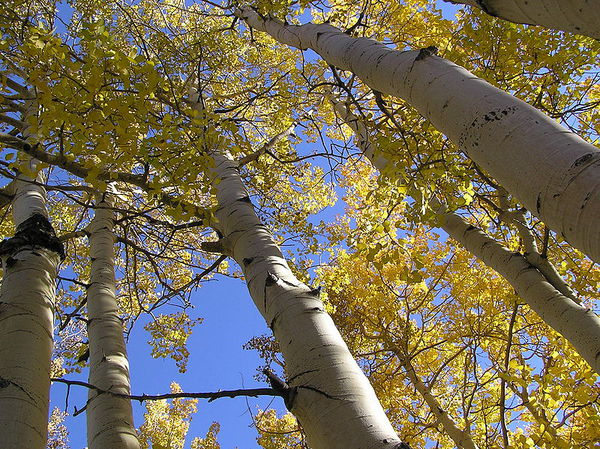 In the past, the bark was used as a remedy for wounds, cuts, open sores, deep lacerations threatening gangrene, and deep lacerations unlikely to seal up. Can you say healing stimulant? Applied topically, or taken internally, this interesting herb was found to turn up the heat on the healing process.

The colonials learned of the drug from the native people and used it for those conditions previously mentioned. In addition, they used it to treat malaria (ague, intermittent and bilious fevers), eczema, and cancer. Prior to the Eclectic movement, the drug was seen as an antiperiodic, tonic, and strengthening medicine. (10)

The drug is reported to be innocuous in the Eclectic literature. (1–8)

Clinically the drug was used to increase resistance to acute and chronic infection. (1–8)

Discussion
The drug exhibits properties consistent with Brekhman’s definition of an adaptogen. It is innocuous, it raises resistance to an assortment of biological threats, and normalises physiological function.

Significantly, Populus tremuloides came to the fore during the early colonial days. The colonials were a stressed population, resisting temperature extremes, poor sanitation, hard labour, and starvation. They were so stressed that they had little resistance to the infectious disease in there midst. Malaria was rampant and many died from the first acute attack. The colonials learned that the drug could be used to raise resistance to this and other life threatening infections.

Though the Eclectics did not contribute greatly to the collective knowledge of the applications of this drug, they did confirm earlier findings. They found Populus tremuloides raised resistance to malaria and other infections. If they made a contribution, it was indicating the drugs utility when resistance to malaria could no longer be maintained and constitution collapse (State of Exhaustion ) occurred. They determined it normalised many of the physiological abnormalities associated with chronic disease caused constitutional collapse.
Potential clinical applications

The drug was used to treat acute and chronic malaria. There is evidence that compounds it contains offer an anti-periodic effect. The drug may have a role in the treatment of malaria.

Eco-availability
The drug is abundantly available in the wild and is easily grown.

1854. John King. Materia Medica. – POPULUS TREMULOIDES
Properties and Uses. – Poplar bark is tonic and febrifuge, and has been used in intermittent fever with advantage. An infusion of it is reputed a baluable remedy in debility, emaciation, want of appetite, feeble digestion, faintness at the stomach, chronic diarrhea, and worms. It is said to possess active diuretic properties, and has been beneficially employed in gonorrhea, gleet, stangury, and other diseases of the urinarey organs. The large aspen, P. Grandidentata , is said to be the most active and bitter. Dose of the powdered bark, one drachm, two or three times a day.

1874:Scudder
Preparation -Prepare a tincture from the fresh bark of the white poplar, in the proportion of 3viij. to Alcohol 76 degree Oj. Dose 3ss. to 3j.

This remedy is so common and may be so easily prepared, that it should come into more general use as a tonic and stomachic. It improves the appetite and strengthens digestion, exerting its influence more especially upon the upper intentine. It influences the urinary organs, but its action in this direction needs to be studed.

Therapeutic Action – The bark of the White Poplar is tonic, stomachic, febrifuge and alterative. It is a mild and not an unpleasant bitter, very well adapted to cases of general debility, emaciation, dyspepsia, attended with torpor of the liver or an unhealthy biliary secretion. It has been used as a tonic and febrifuge in intermittents with decided advantage. This, as well as other species of the Populus, is possessed of properties quite similar to the willow; indeed, its tonic qualities are, probably, dependent on its salicin. It has been exhibited advantageously as an alterative, associated with other alterants, as the burdock, yellow-dock, and yellow parills, when tonics and alteratives are indicated.

1887: Scudder: POPLAR
The bark of both the white and yellow poplar possesses tonic properties, and frequently form a constituent of home-made bitters. The three agents last named may be used in equal proportions, and will sometimes give good satisfaction.

1898: Webster
It is difficult to suggest the line of action of this remedy, but it is a valuable agent in the treatment of dyspeptic conditions in debilitated subjects. It is a good remedy to improve the tone of the stomach in patients debilitated from protracted fever, or from long standing disease of the reproductive apparatus, especially in nervous and hysterical women.

Trembling poplar also possesses anthelmintic properties. It has been used in domestic practice for the expulsion of the lumbricoid worm.

Form for Administration- A saturated tincture of the fresh bark.

Dose- From five drops to half a drachm.

This agent is also tonic, and resembles in action the willow bark. Prepare a tincture as for dogwood bark. Dose, five to sixty drops. Make an infusin on one ounce of bark to one pint of water. Dose, a tablespoonful. Employ this agent in atonic dyspepsia, with marked debility and emaciation, associated with hepatic torpor. It ma also be employed with good results in intermittent fever, both for its febricide and tonic effects. This bark yields both salicin and populin.

1901: Locke
This agent is also tonic, and resembles in action the willow bark. prepare a tincture as for dogwood bark. Dose, five to sixty drops. Make an infusion of one ounce of bark to one pint of water. Dose, a tablespoonful. Employ this agent in atonic dyspepsia, with marked debility and emaciation,associated with hepatic torpor. It may also be employed with good results in intermittent fever, both for its febricide and tonic effects. This bark yields both salicin and populin.

Constituents – The important constituents are populin and salicin, a resin and essential oil. The buds contain an acid resin.

Preparations – Powdered bark. Dose, one dram two or three times a day. Saturated tincture of the bark, from one-half to twenty drops. Populin, one-tenth of a grain.

Therapy – The older writers were enthusiastic concerning th tonic and antiperiodic properties of this drug. They claimed that it would replace quinine in the treatment of intermittency. It has never come into general use. A recent writer says that he soon learned that a strong infusion of the bark would cure those forms of intermittent fever, of a chronic or irregular character. At the same time the pathological lesions of the liver, spleen and kidneys which accompanied the chronic disorder, would gradually disappear with the ultimate complete restoration of their physiological functions. These results were accomplished without the unpleasant effects that occur after the protracted use of quinine. This writer, passing through an epidemic of severe malarial disease, found that malarial hematuria was very common and very hard to cure. he put his patients upon the infusion of cottonwood bark, and found the symptoms to yield rapidly, not only the hemorrhage, but the icterus, and other conditions depending upon disarrangement of the liver and stomach. He found that results obtained by this remedy were more permanent than those obtained by the use of quinine in some cases.

Protracted fevers, with debility and emaciation, are greatly benefited by the use of this remedy, and the conditions remaining in early convalescence are quickly overcome. The agent is a tonic to the kidneys, increasing their functional activity, relieving vesical and urethral tenesmus. It will also overcome prostatic hypertrophy in some cases, and is available in uterine congestion. it is of service in impaired digestion, either gastric or intestinal, chronic diarrhoea, with general debility. Other spcific remedies may here be given in conjunction with it. Dr. Alter says that it corrects errors of physiological metabolism, induced by malarial toxemia. It is a most powerful antiperiodic. It will not cause deafness. It will not cause abortion, but on the contrary will prevent abortion, which is threatened by the presence of malarial conditions. It shows its influence best where there is general debility, very marked, with impairment of the nutritive functions of the body.

Dr. Fearn says, concerning populus, this remedy is a powerful stimulant, tonic, an ddiuretic. And this statement fixes its place in treatment, in the hands of the true specific medicationist. When we use this remedy as a tonic or diuretic, we should never use it in cases accompanied with irritation whether it be of the stomach, bowels, uterus, bladdr, or prostate. In atonic conditions of all these different organs where we desire to stimulate and tone up the organ, populus is a grand remedy. When first I began to use this Sampson among remedies of its class, I had to use decoctions of the bark – it was a nasty, bitter dose. How much better to use the specific medicine in from five to twenty drop doses.

Dr. Howe reported a case where a soldier had chronic diarrhoea which may have been caused by malaria. Howe put him on populus for a time and made a complete cure. If a little of the poplar bark be put into a cup and covered with boiling water, this will make a strong enough infusion for many conditions, taking only a teaspoonful or two at a time.

Dr. Alter of Arkansas has given it for many years for swamp fever. He also uses it in the irregularities of women. He thinks it acts somewhat as hydrastis in promoting a physiological action of all organs, an dincreasing the vital force within the system. It may be well given in conjunction with hydrastis. Dr. Alter used it very widely whether it was strictly indicated or not, and became convinced of its active therapeutic property.