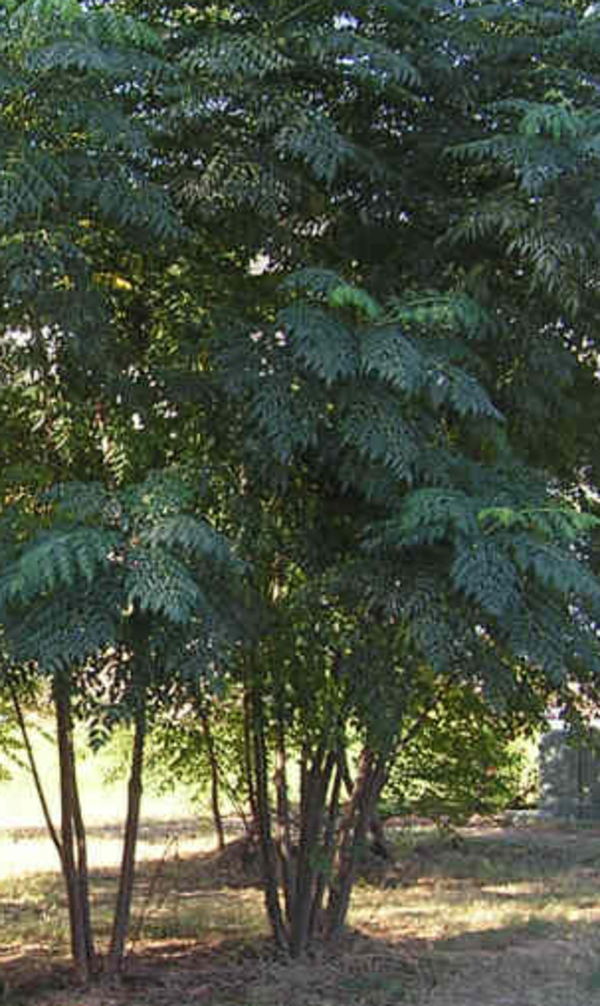 1854: JOHN KING – ARALIA SPINOS – PRICKLY ELDER
Properties and Uses – Aromatic, stimulant, diaphoretic and alterative; the fresh bark is emetic and cathartic. The tincture has been used in chronic rheumatism, syphillis and in some cutaneous diseases. The warm infusin will vomit, unless made very weak. The tincture of the berries has been found advantageous in violent colic, and rheumatism, and from their pungency, have been found beneficial in relieving toothache. Much use ws made of thie bark by the Eclectics in Cincinnati, during the cholera of 1849-50, in cases where cathartics were required, but where the action of every purgative was very difficult to control; the preparation was composed of one drachm compound powder of Jalap, one drachm Aralia Spinosa, and two drachms compound powder of Rhubarb. Given the powder, in half teaspoonful doses; or the powder was infused in half a pint of boiling water, of which infusion, when cold, a tablespoonful was given every half hour. In no case in which it was given, did it produce a tendency to looseness or choleraic discharges.

It is a powerful sialagogue, and is valuable in diseases where the mouth and throat are dry and parched, as a very small portion of the powder will produce a moisture and relieve difficult breathing; also useful in sore-throat.

1883: Scudder
This species of aralia, commomly called southern prickly ash, or angelica tree, is hightly timulant as well as diaphoretic. THe bark is employed as a stimulant diaphoretic in chronic rheumatism, speasmodic affections, etc, in the form of a decoction, which, if taken warm and frely, causes free perspiration.

aralia
the bark of the aralia spinosa
preparation: tincture of aralia
dose: from ten drops to one drachm
therapeutic action:

the aralia spinosa is stimulant, diaphoretic, alterative, sialagogue, and febrifuge. Its properties appear to be those of a stimulatn and daphoretic, and as such it has been principally employed. We have used mostly in the same cases in which the xanthoxylem is recomended, as a suvstuture for that agent. It is employed with advantage in chronic rheumatism;and in colic, flatulence, duypspsia and torpor of the bowels, it will be found useful stimulant and carminative. Purch asserts that the tincture of the berries is remarkable for relieving rheumatism pains. It has also been employed with advantage in colic porcher says it has been successfully used in south carolina in syphilis , and it was employed by the negroes in snake bites with success. It has beedn used in chronic cutaneous diseases and other affections requiring the use of alteraticves, like other species of aralia.. the tincture of the bark was prescribed with advantage in the cholera.

As a general excitant, diaphoretic and alteratice, this agent is possessed of active medicinal properties , which should entitle it to a greater attention than it has yet recieved.

This articel grows in the southern states, where it is too common t need any description. The bark is tha part used as medicine, and is a most powerful, opungent, warm aromatic, promising to beome a hghly valuable addition to the botanic materia medica.

One pound of the pulverized bark, added to thre pounds of the daphoretic powders , mak, as wee are informed by dr.reed, a highly caluable medicne in the treatment of dropsy., in addition to th ecourse of medicne and other means advised uner that head.

It is q most powerful sialoagogue, promoting the dischard of salica in an astonishing manner. Which render it very calusabel in ardent fevers where the mnoth and throat are dry and parched. Dr. Gunnstyles the pulverized bark “saliva powdres, in which the african peeper will svarcely produce any effect, small portions of this powerder, occasion put into the mouth, will produce a moisture and relieve the dificulty of breathing, to the great advantage o the patient. He aslo cures the sore thrroat by the same means.

Dr.Quinn also remarks, that a mixture of this with lobeila in probortion of seven parts of the latter to one of the fomrer, produces vomiting , in much smaller doses than the lobelia alone,seldon requiring more than one and a half or two teaspoons.

1909: Felter and Lloyd: ARALIA SPINOSA – PRICKLY ELDER
History – The prickly elder inhabits the United States in various parts, from Pennsylvania to Louisiana, and westward to Missouri, growing in damp and rich woods and fields. The thin, ash-colored bark is the part used, although other parts of the plant possess medicinal properties; it has a peculiar somewhat fragrant odor, and a slightly bitter, biting taste; alcohol or water extracts its properties. It is frequently grown in the Northern States for ornamentation. It blooms in August and September.

Action, Medical Uses, and Dosage – The fresh bark will produce vomiting and purging; but when dried it is a stimulating alterative, producing a determination toward the surface. The tincture has been used in syphilitic and rheumatic affections, and in some diseases of the skin. The warm infusion, especially when strong, is apt to induce vomiting. The berries in tincture have been found useful in lulling the pain from a decayed tooth; also in various painful affections of other parts. Much use was made of this bark by physicians in Cincinnati during the cholera of 1849-50, in cases where cathartics were required, but where the action of every purgative was difficult to control; the preparation was composed of 1 drachm of compound powder of jalap, 1 drachm of aralia spinosa, and 2 drachms of compound powder of rhubarb. Given in powder, in half-teaspoonful doses; or the powder was infused in half a pint of boiling water, of which infusion, when cold, a tablespoonful was given every half hour. In no case in which it was given did it produce a tendency to looseness or choleraic discharges. It is a powerful sialagogue, and is valuable in diseases where the mouth and throat are dry and parched, as a very small portion of the powder will produce a moisture and relieve difficult breathing; also useful in sore throat. The dose of tincture (bark 3viij to dilute alcohol Oj) is from 5 to 60 drops; of the infusion (3ss to aqua Oj) a tablespoonful to a wineglassful.