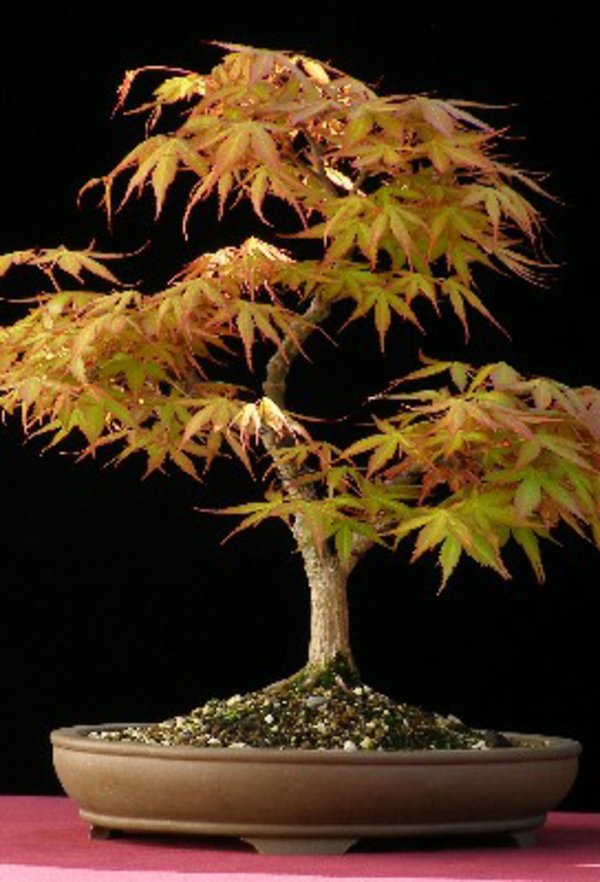 Principal Use: Liver disease and acute and chronic eye disease

History and Traditional Uses of Megusurinoki
Megusurinoki is a broadleaf Maple tree found growing exclusively in Japan. It’s a handsome tree, reaching heights of twenty meters or more and achieving a diameter of anywhere between 70cm and 100cm. Found growing in the mountains, its leaves color the autumn sky line just before they fall. This natural habit has been long documented in Japanese art and literature.

The word Megusurinoki means, literally, “eye wash tree”. Its name is a not so subtle hint-the tree has been used to treat eye conditions for a very long time. Historic records indicate that the leaves, twigs, and bark have been used to remedy eye conditions for at least four hundred years, but, its folk uses predate this. The Buddhist temple Tsubosaka Dera, in the western Japan, is reknown as a place of healing for those suffering eye problems. Pilgrims traveled to it to have their eyes healed. The source of the temples miraculous healing? Megusurinoki. Indeed, the temple sold an eyewash made from bark, twigs, and leaves until the mid 1960’s.

At one time, Megusurinoki was the medicine used at the Tusbosaka Dera Temple-a temple dedicated to eye problems. It was always popular in Western Japan as an eye remedy, however, this temple specialized in its use! An eyewash made from it was sold over the counter throughout the region and was regarded as a wonder drug for diseases of the eye.

Historically an infusion of the bark, twigs, and leaves were used externally to treat inflamed eyes, infected eyes, sties, and the eye complaints associated with aging (discharges, sore eyes, hazy vision, etc.). However, in time, people started using the infusion internally as well as applying it externally. They found external application and internal usage speeds healing of the eyes.

Once people started using it internally, an interesting discovery was made. Liver function and liver disease improved with its use. In time, it became a popular treatment for both liver and eye disease. This is interesting as according to Chinese medical theory, the eyes and the liver are linked organs. If something improves the eyes it is likely to improve the liver and vice versa. After a long history of being used to treat both eye and liver disorders, the remedy is still going strong.

It is still used in the countryside as a folk remedy for eye and liver problems. People who work in the mountains, specifically loggers and charcoal burners use it to treat the sore eyes common to their profession. Drinkers use it to protect their livers from drink related damage. In fact, the local custom is for drinkers to use it in place of tea as their regular beverage to keep their livers in good shape. For both purposes villagers collect bark and small branches and dry them for later use. This material is then used to make an infusion to be applied topically to the eyes and to be taken internally for liver protection and eye healing.

In the current herbal medicine renaissance Megusurinoki is being given a new lease on life.

One Japanese agricultural co-operative is producing a fluid extract from the branches of Megusurinoki. The branches are infused under pressure at high temperatures which results in a sterile product. This extract is made more palatable by the addition of honey, royal jelly, and liquorice. This product is being produced specifically for people concerned about alcohol related liver damage, in a word, for hard drinkers. It is sold in 100ml single dose bottles which are marketed for ‘heavy drinkers’.

The same co-operative is harvesting leaves and producing tea bags leaves that can be used to produce cups of Megusurinoki tea in an easy and convenient manner. The tea is a bright green color and is pleasant to drink (The bark imparts a bitter taste to beverages which some find offensive).

Eye Complaints
Contemporary research has shown that there is something to the traditional uses of Megusurinoki. The leaves are rich in tannins with anti-inflammatory, antimicrobial and astringent action. With these three activities going on simultaneously, it is easy to see why it has long been used to treat eye infections, allergy caused watery eyes, tired, burning, sore, overworked eyes, indeed any condition marked by inflammation of the eye.

When it comes to eye complaints, this is an excellent choice for both acute and chronic inflammatory eye complaints. (ie conjunctivitis and blepharitis). When either acute or chronic conditions of the eye are a problem, it can be used internally and externally. In fact, when it comes to tired eyes, either through driving or using a computer, nothing could be better than a compress of Megusurinoki applied to the eyes. To strengthen the eyes, regular Megusurinoki taken internally and applied externally is highly recommended.