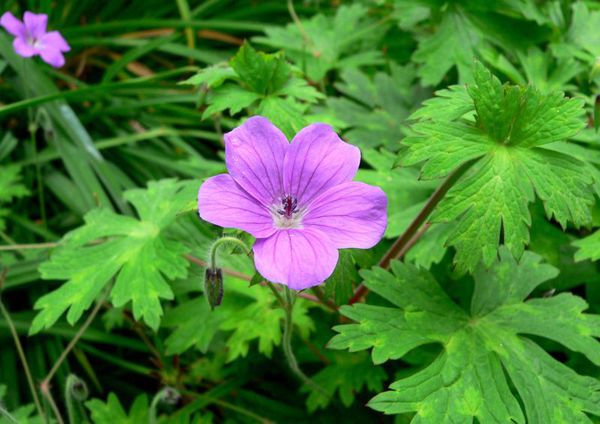 History and Traditional Uses of Gennoshouko
Gennoshouko is a perennial herb native to Japan. It can be found growing wild throughout the countryside. The plant has a creeping nature and is covered with fine soft hairs. It bears small white or pale pink flowers in midsummer.

Gennoshouko is an herb unique to Japan. It has been highly esteemed in folk medicine for centuries. The name in Japanese means “immediately effective” which hints of how people find the plant immediately effective at curing a number of digestive illnesses!

When life in Japan was primarily agricultural, people living in the countryside collected the plant in the hottest period of summer. Not surprisingly, contemporary research reveals the plant is richest in medicinal compounds at this time. After being collected in the blooming period(late summer) it is dried in a shady place.

Though in use since the beginning of time, it appears in the written record only three hundred years ago. The father of Japanese herbal medicine, Kaibara Ekiken mentioned it in his famous herbal. This famous healer’s approval of this herb stood it in good stead and insured its use then and now.

Above all Gennoshouko is a wonder drug for diarrhea, and as it names implies, it works instantly. Interestingly, it is not used just for diarrhea. It is used for a host of digestive illness including constipation, stomachache, dysentery, stomach and duodenal ulcer, and catarrh of colon. Before antibiotics existed, this was the singular treatment for digestive infections. In traditional Japanese medicine, it is used as a powder and/or infused to make a drink.

The leaves and stems of this plant contain a tannin called geraniin. Like all tannins, geraniin is anti-microbial, anti-inflammatory, and haemostatic. The presence of this tannin may explain why it is so effective in digestive complaints. It kills bacteria, soothes inflamed mucus membranes, stops bleeding, and resolves diarrhea. .

Practitioners’ Opinion
Gennoshouko is the Japanese treatment of choice when digestive problems develop, being seen as an ideal digestive tonic. It can be used in emergency situations to cure an acute case of diarrhea. It can also be used as a daily tonic for those with weak digestion. It can also be used to treat chronic constipation. It is seen as being safe for long term usage.