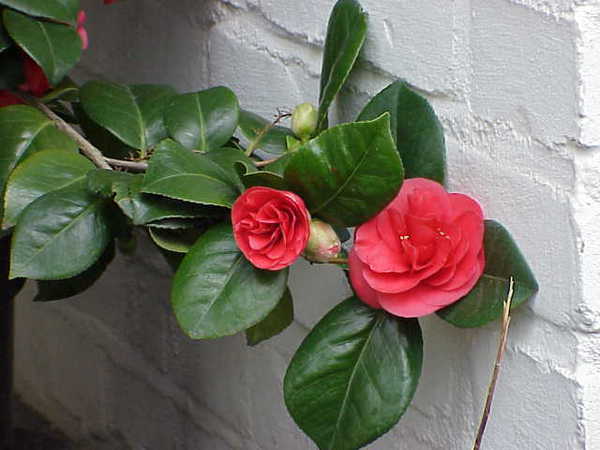 In a Word: Hair Care Solution

Camellia oil is obtained from the seed of Camellia japonica Linne, which is a tree highly valued in ancient Japan. Due to its gorgeous flowers, many varieties of camellias have been imported to the West and are highly coveted by gardeners.

Camellia oil, which is odourless and colourless, is obtained by drying, crushing, and expressing the seeds. For more than three hundred years, it has been used by the Japanese to keep their hair healthy and beautiful. When applied to the skin, it is smooth and spreads well. In Japan, it is also used for deep frying (i.e., Tempura) because it is resistant to decomposition by heat.

The Primary Components of Camellia Oil
Camellia oil is a typical non-drying oil which primarily contains a triglyceride of oleic acid. This triglyceride is one of the essential fatty acids, and it accounts for approximately 90% of camellia oil, compared with about 70% of olive oil.

The Stability of Camellia Oil
The most notable characteristic of camellia oil is its natural ability to resist autoxidation , a process which gives rise to harmful free radicals that attack cells. In general, these free radicals are derived from “lipoperoxides” (i.e. peroxides of lipids), which are formed when fats or oils are exposed to air (oxygen).

Oils are also readily degraded by ultraviolet rays, heat and metal ions. All of these degradation processes, including autoxidation, give rise to the unpleasant smell and discoloration of rancid oils.

A laboratory technique known as the active oxygen method (AOM) is used to determine the stability of oils and fats. This procedure artificially accelerates the natural oxidation process by heating the oil/fat to 98.8 0 C and adding oxygen (by forced air injection). The stability of the oil/fat is then determined by measuring the time required to produce a peroxide value of 100 meq/kg (POV100). By using this method, the POV100 of camellia oil has been calculated to be 120 hours, while that of olive oil is only 50 hours.

Skin and Camellia Oil
The surface of our skin is protected from the outer environment by a film of lipids (secreted by the sebacious glands) and moisture (secreted by the sweat glands). The physiological functions of this skin surface film include:

• Protection from water and harmful substances;

• Neutralisation of acid and alkali;

• Inhibition of bacteria; and

The sebaceous glands and epidermal cells secrete various lipids, at least 40% of which consist of the highly stable triglyceride of oleic acid (shown above). This oil has an affinity to the skin and causes no irritation.

Sun and Camellia Oil
It has been well documented that the ultraviolet rays of the sun are harmful to the skin. The so-called “ultraviolet B” rays (UVB), which range in wavelength from 290 to 320 nanometres, have the strongest activity and degenerate the nucleic acids and proteins in the epidermal cells (i.e., sunburn). The “ultraviolet A” rays (UVA), which range in wavelength from 320 to 400 nanometres, change skin colour to light brown or brown without causing inflammation (i.e., suntan). Since camellia oil can absorb UVB rays, it helps develop suntan without causing sunburn.

Other Uses of Camellia Oil
Camellia oil has also been traditionally used for hair treatment, because it:

• Coats the surface of hair, inhibiting damage; and

It is easy to see how camellia oil can nourish skin as well as hair, based on its ability to protect from harmful UVB rays. This very stable oil also has a very long shelf-life if it is kept in a sealed container away from sunlight. Although it is expensive, you only have to use a few drops!

Due to its stability, camellia oil is also an ideal carrier oil for aromatherapy. Mary Tisland selects camellia oil first and foremost as a carrier oil, not only for its stability, but also because it has good permeability and adds gloss and softness to the skin. Camellia oil can also be mixed with other herbs which are good for the hair and skin, such as rosemary, chamomile, and aloe vera.

The UVB protection factor of camellia oil offers many great possibilities for skin care products. I believe that health conscious people are concerned about skin cancer, and they are reluctant to use UVB protecting creams which contain preservatives. Therefore camellia oil is an excellent alternative that is both natural and protective.