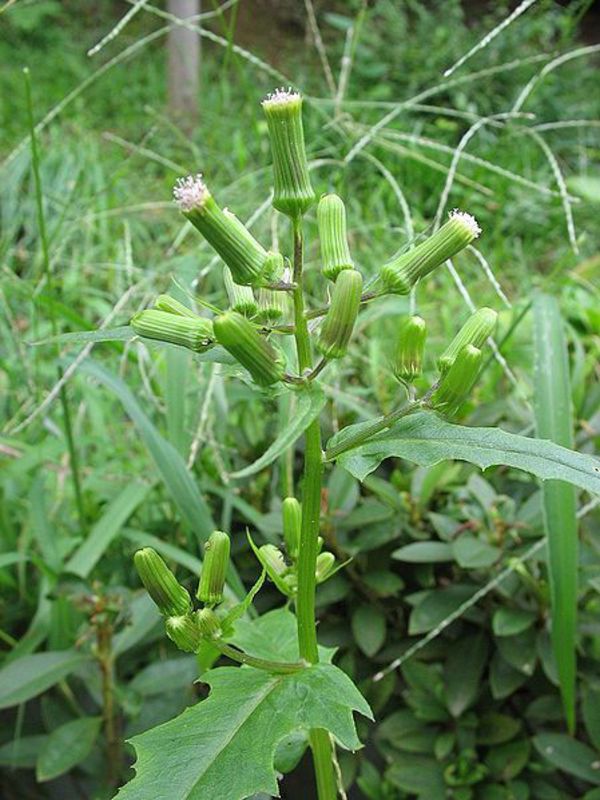 1854: JOHN KING – ERECHTHITES HIERACIFOLIUS – FIREWEED
Properties and Uses – Fireweed is reputed to be emetic, cathartic, tonic, astingent and alterative, ofwhich the most valuable are the latter three. Reputed an unrivaled medicine in diseases of the mucous tissues of the lungs, stomach and bowels. A spiritous extract of the plant has been highly recommended by Dr A R Wyeth of Pennsylvania , in the treatment of cholera and dysentery, in the latter disease promptly arresting the muco-sanguineous discharges, relieving pain, and effecting a speedy cure. In the summer complaint of children, he has found it to prove almost invariably successful, even in cases where other means had failed.

1873: SCUDDER
Preparation:A tincture may be prepared form the recent plant, in the usual proportions, using alcohol of 76%. Dose from gtts.xto 3j.

We have here another remedy that requires study. It influences mucous tissue, especially of the bowels and lungs, and this will be the direction of the investigation.

1883: Scudder
Fireweed is said to posses astringent, tonic, alterative, emetic, and cathartic properties. The recent plant has proved emetic and cathartic in large doses, though it is never employed for these purposes. It has been successfully used in dysentery, relieving the pain and checking the discharge speedily. It has also been highly recommended in diarrhea, cholera infantum, and asiatic cholera.

1909: Felter and Lloyd: ERECHTITES – FIREWEED
History and Description – This is an indigenous, rank weed, growing in fields throughout the United States, in moist woods, and in recent clearings, especially and abundantly in such as have been burned over, hence its vernacular name Fireweed. From the fact of its brittleness and consequent liability to be easily broken, it is seldom found where animals graze. It flowers from August to October, and resembles in appearance the sow-thistle (Sonchus oleraceus); the flowers somewhat resemble those of lettuce. The whole plant is medicinal, and yields its virtues to water or alcohol. It has a peculiar, aromatic, and somewhat fetid odor, very unpleasant to many persons, and a peculiar, slightly pungent, bitterish, rather disagreeable taste, with some astringency. The leaves, which are most generally employed, when dried are almost black, and by this characteristic, as well as by form, may be distinguished from those of Erigeron canadense, or Erigeron annuum, with which they are sometimes confused. The former plant is often erroneously called Fireweed. Erechtites is often incorrectly spelled Erechthites.

Action, Medical Uses, and Dosage – Fireweed is reputed to be emetic, cathartic, tonic, astringent, and alterative, of which the most valuable are the latter three. Reputed an unrivaled medicine in diseases of the mucous tissues of the lungs, stomach, and bowels. A spirituous extract of the plant has been highly recommended by Dr. A. R. Wyeth, of Pennsylvania , in the treatment of cholera and dysentery, in the latter disease promptly arresting the muco-sanguineous discharges, relieving pain, and effecting a speedy cure. In the summer-complaint of children, he has found it to prove almost invariably successful, even in cases where other means had failed.

Prof. Roberts Bartholow, at the instance of the authors of Drugs and Medicines of North America, experimented physiologically and therapeutically with true oil of fireweed. He found it to possess the general characteristics of the antiseptic group. It proved to be non-irritant to the stomach, and rather to improve the appetite and digestion. On account of its stimulating effects upon the gastro-intestinal glands, and probably upon the pancreas, an abundant secretion is poured out, rendering the alvine evacuations easy, frequent, and copious, thus proving very useful in habitual constipation, and especially benefiting such cases with acid fermentation and flatulence. He states that “in membraneous enteritis, an affection difficult to cure, it has seemed to be, in a high degree, useful.” It first stimulates the heart, dilates the arterioles, and sends a glow of warmth throughout the body. Secondarily, perspiration ensues, the sense of warmth is succeeded by a lowering of temperature, slowing of the pulse, and contraction of the arterioles. Following this is a rise in vascular tension. It is rapidly diffused, absorbed quickly, and quickly excreted, elimination taking place most largely by the lungs, and less to by the kidneys and skin. He concludes that its most important therapeutical action is in disorders of the parts by which it is eliminated, as chronic bronchitis, pulmonic affections, with catarrh of the air tubes, chest neuroses, and coughs of local origin. It may also be used by inhalation. Benefit was derived from its use in genito-urinary catarrh, pyelitis, gleet, cystitis, etc., the drug also allaying nervous irritability. Prof. Bartholow further suggests its value in “sciatica, muscular rheumatism, and cognate affections.”

Prof. Hale, on part of the Homoeopaths, gives quite a list of the effects of the oil in tincture, in large doses, and concludes that its action is chiefly upon the vaxcular system. As oil of fireweed upon the market is generally oil of fleabane, it is very probably that the product used by the Homoeopaths has been the erigeron oil. However, oil of erechtites is considered useful in passive hemorrhages from the kidneys, whether due to “Bright’s disease” or other renal disturbances.

It has been used also, like oil of erigeron, in epistaxis, hemoptysis, hematemesis, profuse menorrhagia, and hemorrhage from the bowels. According to Hale large doses will increase the menses and bring them on early if used continuously in cold, torpid, phlegmatic individuals.

It is a remedy for gonorrhoea, gleet, and gonorrheal orchitis. (See Oleum Erechtitis). Dose, 5 to 10 drops of the oil upon sugar, in emulsion, or in capsules.