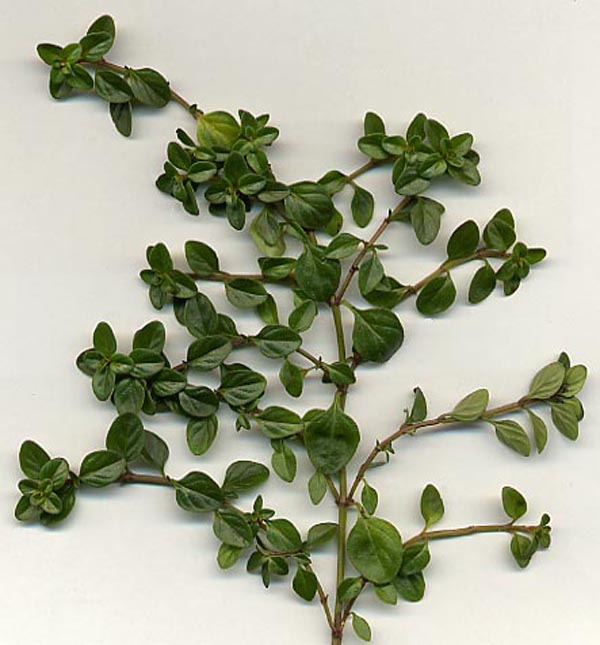 Thyme is anotheer aromatic member of the mint family. In this case, its oils, when ingested, help to relieve congestion and infection in the respiratory tract. The herb factors into many a good recipe for cough syrup.

Feel like you could cough up Pittsburgh ? Junk in the lungs.

When your lungs fill up with junk and you feel short of breath you need something to make you feel better and you want something to do the job quick. Americans spent 2,080,191,000 dollars on over the counter medication used to treat congestion in the chest so we are talking about a major problem. As you can see people take getting their chest congestions pretty seriously and we have a wonderful plant to do something about it.

Hey, what is chest congestion all about anyway? You know what it feels like, what is happening down in those lungs? Have you ever noticed that your lungs tend to feel painful and sore prior to congestion setting in? Chest congestion is a fairly straight forward situation. Firstly the inner lining of the lungs become irritated either due to an allergen, a pollutant, a bacteria, or virus having gotten down to them. The mucous membranes that line the area produce mucous in response to the irritation. It is indeed a healing response the body has. The problem with chest congestion is that the mucous becomes a breeding ground for bacteria. The bacteria that start multiplying in the mucous work to further irritate the tissue and you produce more mucous. You end up coughing up unspeakable blobs of matter that could make Mother Theresa throw up. Our next plant is perfect for lungs loaded with junk in several regards.

Wild thyme, or Thymus vulgaris, is a very low growing and creeping plant. It is thought to have spread from its natural range well into northern Europe on the backs of Roman soldiers in the Roman conquests. There is some controversy as to how the plant got its scientific name, Thymus. Some say it comes from the Greek word thumos, or courage; which the plant was said to convey to the person that drank a tea made out of it. Others say it comes from a similar greek word which means to fumigate, which the plant was used to do in ancient days. The latin Thymus became the English Thyme in a fairly straight forward manner.

In English herbalism, much like on the continent, thyme was the classic cure for all manner of ills affecting the lungs. Culpepper, a famous herbalist who wrote several hundred years ago said this of thyme and his statement is re-iterated by most of the classic English herbalists. ” a noble strengthener of the lungs, as notable are as grows, nor is there a better remedy growing for whopping cough. It purgeth the body of phlegm and is an excellent remedy for shortness of breath. It is so harmless you need not fear the use of it. ” In traditional European herbalism thyme was used to treat respiratory infections, laryngitis, tonsillitis, sore throats, irritable coughs, bronchitis, whooping cough, asthma, and catarrhal coughs. The American Food and Drug Administration agrees with Culpepper on the harmless bit, its rated “Generally Recognized as Food Safe’. (GRAS)

The part we use in medicine is the leaves and flowering tops, which means it is meant to be harvested in the late summer as it breaks into bloom. You simply cut the stems off the plant leaving two inch nubs attached to the ground from when it will grow back. The actions of the plant include carminative, anti-microbial, anti-spasmodic, expectorant, astringent, and anthelmintic. Chemicals contained in the herb responsible for these actions include volatile oil composed of thymol, carvacrol, cineole, borneol, geraniol, linalool, bornyl and linalyl acetate, thymol methyl ether and alpha pinene. Flavanoids including apigenin,luteolin, thymonin, naringenin, labiatic acid, caffeic acid, tannins.

One of the chief medicinally active ingredients in the plant is the crystalline phenol called thymol. The substance was first isolated from the plant in 1720 and was later studied and found to be a rather amazing substance. Found to be powerfully anti-septic, both internally and externally, and to make matters better an effective analgesic or pain killer. Early on thymol was shown to kill bacteria on contact, finding use in surgical dressings and disinfecting everything from wounds to surgical theaters. Then and now, thymol and the plant that contains it were used to kill bacteria and we will continue the tradition.

If you recall thyme was used by the Greeks to fumigate , some say that it had a specific use in fumigating sickrooms. Though modern physicians would say herbal medicine is all washed up, the ancient custom of burning thyme in the sick room would have released the thymol into the air and if the sick persons illness was bacterial the people attending him or her would have been less likely to catch it. Sage and rosemary are close relations of thyme that were also burned in sickrooms, jails, churches, and public halls to stop the spread of diseases such as “jail fever”. The wild part is that these plants were used as bactericides long before bacteria had been discovered. It doesn’t take a rocket scientist to figure out that some diseases spread from one person to another, but how on earth Europeans knew that the smoke of these plants would kill the cause of the disease is beyond me.

When it comes to using thyme for chest congestion the beauty of this remedy lies in its three part action. Firstly it stimulates the movement of mucous out of the chest cavity, secondly, it offers chemicals that are anti-microbial insuring the infection is killed, and last but not least it is an anti-spasmodic which helps with the pain associated with coughing, the manner in which the gunk is gotten out of the lungs. It has the ability to increase expectoration while at the same time lessening the painful spasms which usually attend the same.

When you have gunk in your lungs chances are you will be coughing which means that your throat will likely to become irritated in the process. Thyme is used as a gargle for laryngitis, tonsillitis, and sore throats in general. The tannins lessen the pain as they precipitate the proteins along the tissue which deadens the nerve endings. Moreover, the anti-microbials will work to kill any varmints having set up shop. Its antispasmodic, antifungal, antibacterial, and expectorant actions due to thymol and carvacrol will spell relief for the one with loaded lungs!

Getting your supply:
1. Purchase thyme leaves, whole, from the grocery store or health food shop.
2. Grow it yourself! If you live in a fairly moderate climate thyme is an easy plant to grow, and in fact you can grow in colder climates, it will require some protection over the winter in areas north of Maryland . Thyme will not tolerate wet soil, its mediterranean roots so to speak cant stand the thought. It needs a location with strong sun and soil that drains well. With those two elements satisfied you will be on your way to producing first rate thyme leaves. Starter plants can be had from any mail order herb nursery. The plant is a slow growing one and it will take a year or two for there to be anything to cut to be used in your medicine chest, but once well rooted and at home it will produce copious quantities of branches loaded with the leaf. The time to harvest is in August as the plant starts to bloom. The branches are cut off the plant and tied together and hung in a dry location until completely dry. Once dried, strip the leaves off the stems and you are ready for some chest congestion.