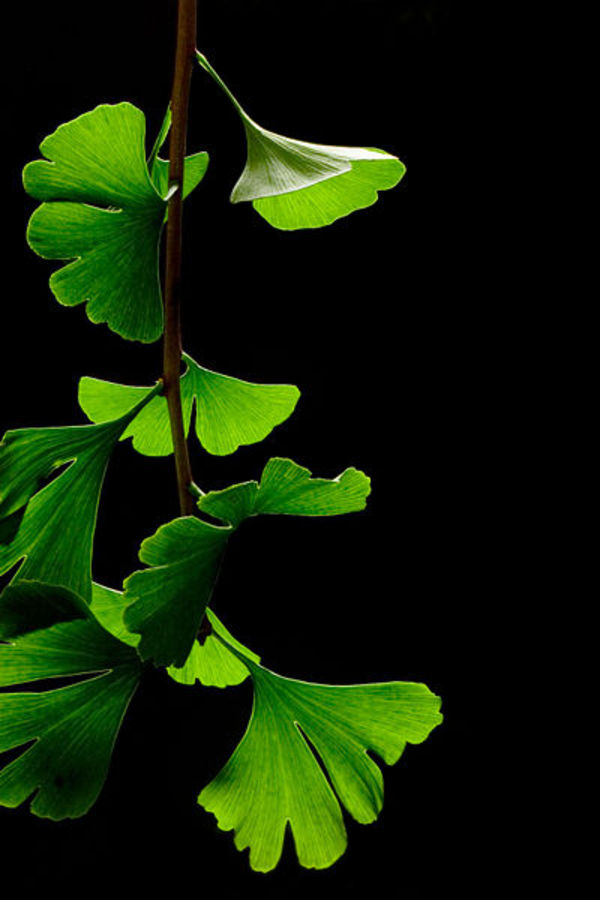 Those looking to avoid diminished mental capacity and those that find they are loosing mental capacity need to know about Gingko, or more specifically Gingko biloba extract(GBE long term). If I was worried about memory, I would make myself acquainted with this herb product.

GBE has an immediate effect and a long term effect. Senility patients do notice an improvement after a few weeks. However, GBE needs to be used on a daily basis to counteract the effects of the very daily aging process. Aging does not take a day off, and for this reason, we shouldn’t take a day off from GBE.

Part Used: Extract of the leaf

In a Word: Keep Your Marbles Plant

The Ginkgo tree is the sole surviving species of the family Ginkgoaceae and is the world’s oldest living tree. In fact it is so old that the Often referred to as a ‘living fossil’, the Ginkgo tree links us to the plant world of over two hundred million years ago. The name Ginkgo comes from the Japanese words gin, “silver”, and kyo , “apricot” and refers to its silvery apricot like fruit. Oddly enough, this ancient tree thrives well in polluted environments, like large cities and roadsides. It is a common sight in modern cities because it can take a pollution beating and keep on growing happily. Its incredible adaptability explains why it is still around and the dinosaurs are fossils!

Ginkgo was once very common in Northern America and parts of Europe, but after the Ice Age only survived in China. It has long been revered as a sacred tree in both China and Japan and has featured for thousands of years in traditional Chinese medicine. Brought back to America at the end of the 18 th Century, the Ginkgo tree can now be found across America, planted as an ornamental tree often in the same soil where previous trees failed. Ginkgo is probably one of the most resistant trees to environmental pollution, insects and disease.

The leaves of the Ginkgo tree, the part used in herbal medicine, are harvested in early autumn before they start to fall. This is when the active ingredient – ginkgoflavonglycoside – is at its highest concentration. It has to be said that Gingko leaves themselves have not been found to be effective in matters of the brain, it is the concentrated extracts made of the leaves that have been found useful. Going out and picking leaves or buying dried leaves at the health food shop is probably a waste of time!

A flavone glycoside found in gingko leaves has been demonstrated in clinical trails to be of huge benefit in stopping the ageing process. The symptoms addressed by gingko extracts include: short term memory loss, dementia, depression, vascular fragility (bruising easily), intermittent claudication, poor circulation, tinnitis, and impotence. The key to its activity is in its ability to increase circulation to the tissues. A brain, when it gets the oxygen and the glucose it needs, performs better than one that is starved. Apart from the symptoms associated with ageing, Ginkgo is also beneficial in the treatment of multiple sclerosis, depression and neuralgia. Again, the key to Ginkgo biloba extract’s (GBE) activity is improved blood flow.

When it comes to dementia and memory loss, clinical trials have well established that Ginkgo makes a difference. It works in the short term and in the long term. Some patients have reported improvement in as few as seven days. In the days of lifestyle drugs that are used to prevent problems and increase the quality of life, gingko is coming into its own. Ageing is to a degree natural, but that is not to say a person has to take it sitting down.

Practitioners Advice
Consider taking Ginkgo if you have a family history of senile dementia or Alzheimer’s disease, or if you have senile dementia or Alzheimer’s disease. Ginkgo needs to be taken for a minimum of 3 months to experience major benefits, and can be taken long term if necessary. A standardized extract containing 24% ginkgoflavanglycosides and 6% terpene lactones (ginkgolides and similar compounds) should be used daily taken three times a day. If you are already taking a chemical blood thinner, discuss using Ginkgo with your health care practitioner first! On the impotence front, Gingko is seen as an impotence aid because it increases circulation, to the brain and to points further south. If the impotence is built upon the poor circulation of accumulated years, gingko may help!

Parts Used: Extract of the Leaves

History and Traditional Uses
Westerners are using Gingko biloba Extract(GBE) by the pound. Known as GBE, this is a new product and its use in improving memory is equally new. There is nothing traditional about GBE or its use. It is strictly cutting edge herbal medicine. (Asian cultures use gingko seed in traditional medicine, but, not the leaf or the leaf extract) Though a recent introduction, it is one of the best selling herbal remedies in Europe today.

Scientific Back Up
GBE has been shown to sharpen memory, boost concentration, lessen the distressing symptoms of Alzheimer’s disease, and improve circulation to the extremities. Herbalists call GBE the perfect remedy for aging because it strengthens organs that can degenerate with age: the eyes, brain, and the blood vessels.

Herbalists believe that GBE gently dilates blood vessels, improving blood delivery by arteries and tiny capillaries alike. Laboratory research indicates that through this process GBE sends more blood to the brain and to the body’s extremities. As a result, say proponents, forgetfulness fades, mood improves, and walking is easier for people with circulation problems in their legs and other southerly organs.

Herbalists Use It To…
Improve memory
GBE stimulates blood flow to the brain! Indeed, evidence suggests that GBE has the ability to boost brain function on a number of physiological levels. For memory loss due to poor circulation or Alzheimers’ Disease, herbalists recommend daily use of GBE. The instant increase in blood to the brain brings instant results-memory improves. Long used primarily by the elderly, GBE’s use in now extended to young people suffering from poor memory. A recent study indicates that it can be used by anyone needing to improve their memory and this included a student cramming for an exam.

Mitigate migraines
GBE helps prevent the initial vasoconstriction and ischemia (blood deficiency) that initiates a migraines. It may also block inflammation and allergic responses, which can contribute to headaches. In one study, GBE reduced headaches in 80% of the people who took it, most of whom were having migraines regularly. They had tried everything possible for their headaches, but nothing worked until they tried GBE.

Fire up blood flow
Older people, those with poor circulation, and those that live in extremely cold climates find that gingko warms them up. Shortly after use blood vessels open up and deliver blood to where it needs to go. End result? Warm feet and hands! This is even true amongst people suffering from Raynaud’s Phenomona, a condition characterised by dangerously cold hands and feet.
Boost blood flow to the boy bits

As men age circulation to the extremities can diminish, this includes the ultimate male extremity, the penis. Older men with poor circulation can have a hard time achieving an erection. Herbalists find that for men suffering from this type of impotence find relief with blood invigorating GBE.

Warnings
Taking too much GBE (more than 240 mg) can cause dermatitis, diarrhea, and vomiting.

GBE has been shown to have potentially harmful interactions with some pharmaceutical drugs (MAO inhibitors).

Because of its blood thining activity it should never be used with aspirin or other nonsteroidal anti-inflammatory medicines and or before or after a surgery.