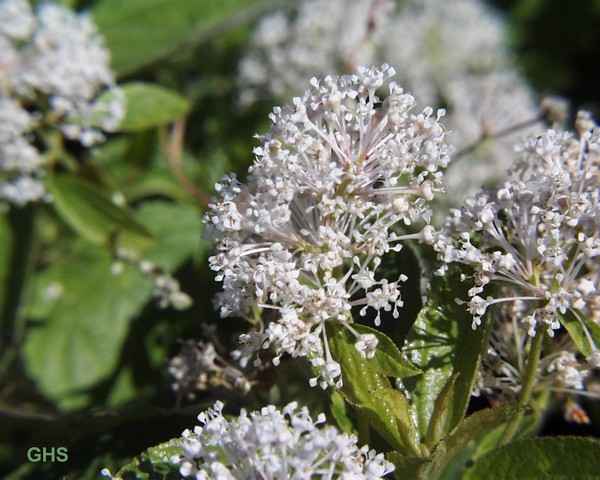 1854: JOHN KING – CEANOTHUS AMERICANUS – REDROOT
Properties and Uses -Astringent, expectorant, sedative, antispasmodic, and antisyphilitic. Used in gonorrhea, dysentery, asthma, chronic, bronchitis, hooping cough, and other pulmonary affections. Dose of a strong decoction, one tablespoonful three or four times a day. It has likewise been successfully used as a wash and gargle I the aphthae of children, sore mouth subsequent to fever, and in ulceratin of the fauces attendant scarlatina.

1874: Scudder
This agent deserves investigation, as it possesses marked medicinal properties. The direction of experiment may be judged by reference to the Dispensatory. Use a tincture of the recently dried root, in does of 30 to 60 drops.

1898: Webster: (ductless glands)
This is a very valuable remedy for splenic troubles. It relieves pain in the spleen promptly as any remedy in this class, and removes chronic hypertrophy. It is an old Eclectic remedy, being mentioned in old editions of the American Dispensatory, but its affinity for the spleen was not mentioned by our early writers. It came into extensive use in the army during the war with the South as a remedy for ague cake, and has since been largely adopted by practitioners of our school for the same purpose.

Form of administration: the specific medicine.

Dose: from the fraction of a drop to ten drops.

BOTANICAL ORIGIN – The root and root-bark of Caenothus Americanus, Linne. Nat. Ord., Rhamnaceae. This plant is indigenous to the United States , being especially abundant in the western States, growing in barrens, dry woodlands, etc. It contains tannin, volatile oil, resi, and white caenothine . Water and achohol extract the virtues of red-root.

This is an old remedy but has been revised as an efficient agent in gastric and hepatic disorders, dependent upon splenic enlargement, particularly when impressed with malarial miasm. In splenic hypertrophy with expressionless countenance and sallow, doughy skin, it has given marked results. Subacute splenitis, the pain of which is not much aggravated by pressure, are cases for its exhibition. Splenic congestion is relieved by it. The further indications for this drug re deep-seated splenic pain, with or without splenic enlargement, and sympathetic painful conditions depending upon splenic wrong; also non-inflammatory, catarrhal conditions with abundant secretions. Dose of specific ceanothus, 1 to 10 drops.

Therapy – Henderson has written a very interesting article which was published in the Annual. He says he has employed an infusion of the leaves in conjunctivitis, and as an application in inflamed eyes he has applied the steeped leaves themselves. At one time he contracted a severe cold, which caused hoarseness, burning pain and a dry constricted throat, with much difficulty in swallowing. He gathered some of the berries from this tree, and eating them noticed a pleasant influence upon the throat and an ability to swallow with less difficulty. He determined to try them in other cases of throat disease, and had a tincture prepared from the berries.

Shortly after, in a severe epidemic of malignant diphtheria, he treated eighteen cases without the loss of one, using the ceanothus in all cases. He has used it since in diphtheria, pharyngitis, tonsilitis, and nasal catarrh, with good results. He gives it in diseases of the mucous surface where the discharge is profuse, thick and tenacious. For a gargle he uses two drams of the tincture to four ounces of water. It foams in the throat like the peroxide of hydrogen, an dmust be used with care. It removes all accumulations, leaving the membranes clear and clean.

He has further employed the remedy in the treatment of subinvolution, and evaporating it on a water bath, ahs made an ointment which is applied to ulcers of the os uteri. It gives good results as a wash in the treatment of gonorrhea, gleet, leucorrhoea, and ulcers and old sores. He believes the berries should be gathered just before they are ripe, to obtain the best action.