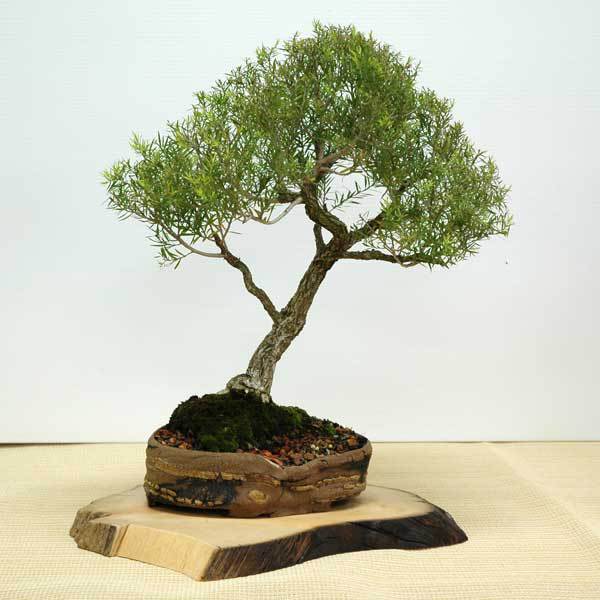 Tea tree is a member of a highly aromatic family, the myrtacea family, including myrtle, bay laurel, and sassafras for a start. These plants produce fragrant oils that both speed skin healing and kill off any bugs trying to cause skin infections. Tea tree is an excellent alternative to antibiotic cream and one that should be used to replace those nasty creams.

In a Word: Bug Killer

Tea tree is a member of a highly aromatic family, the myrtacea family. This family includes myrtle, bay laurel, and sassafras for a start. These plants produce fragrant oils and load their leaves, stems, and bark with scents that are pleasing to the nose.

This member of the fragrant family is native to Australia. It was used by the aborigines to treat wounds, cuts and abrasions long before the white man happened onto those shores. When the convicts made their way to the outback, they quickly learned of the wound antiseptic uses of this native plant. Like many other members of the myrtaceae family, tea tree was subject to steam distillation and the oil that resulted, tea tree oil came into existence.

A relatively new oil at the turn of this century, tea tree oil gained popularity during the Second World War. It was used by the British Navy to keep wounds from becoming infected. Beyond this, it was used in ammunition factories in Australia to keep workers hands free from infection following factory accidents. Early in this century doctors learned that when one applied tea tree to a wound, it did not become infected.

Science has revealed that tea tree oil is comprised of 100 different component oils and is in fact a wild cocktail of bug killer oils. Different oils kill different microbes, but the conclusion is the composite is a serious weapon again wound infection.

In recent days it has been used specifically to combat fungal infections. The list includes athletes foot fungus, jock itch, thrush infections, and finger and toenail fungal infections. Indeed, one clinical trial established the tea tree oil was as effective in treating fungal nail infections as the chemical nail infection drug clotrimazole. If one is looking for a natural alternative to anti-biotic creams and anti-fungal creams, one has found it with tea tree.

Practitioners’ Advice
Use tea tree products in place of antibiotic and antifungal creams. It can be used neat, that is straight onto the wound, or it can be used in a more dilute form in creams or lotions. If one is using it in fungal infections of the nails, bear in mind it must be used for six months to two years to clear the infection. So, start using it now and keep on using it until the nail has returned to normal. It takes time but it is worth persevering with the treatment!