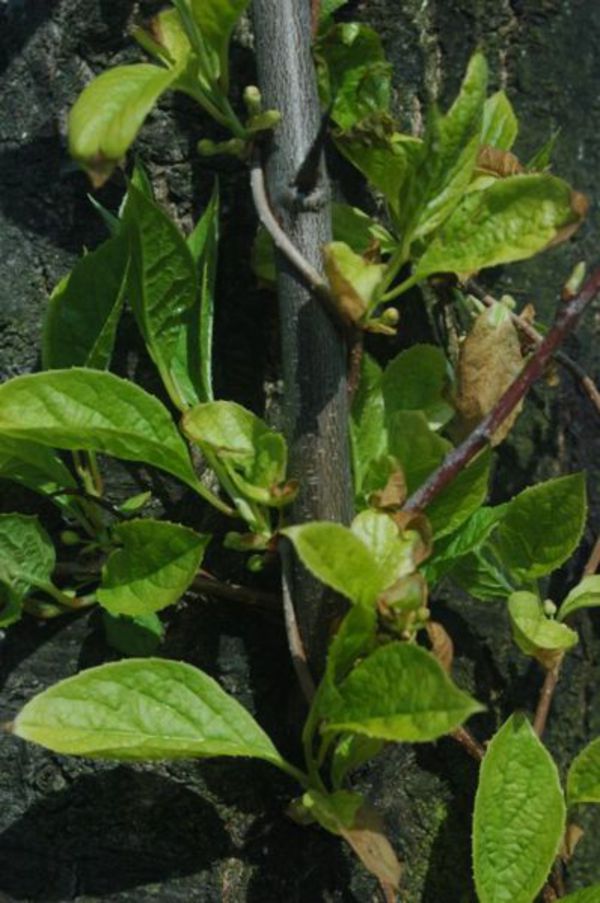 Schizandra is one of the original adaptogens identified by the pioneer in staying well herbal medicine, II Brekhman. It generally makes the body stronger and able to withstand stress. Specifically, it has been identified as an herb that helps the body deal with toxic chemicals, be that alcohol or the fumes coming off latex paint.

Chapter from “Thirty Plants That Can Save Your Life” by Dr. Douglas Schar
Chapter from My PhD thesis

Our next ingredient, schizandra, has been a well-kept Asian secret, but not for much longer. I have a feeling that once people start discovering its virtues, the imports from China will go straight through the ceiling. I don’t have much cocktail party trivia to amuse you with about this one. However, it is such a great plant that I had to include it in our tonic. Take a look at some schizandra facts.

The fruit of the schizandra has been proven to stimulate the spinal cord and brain and to strengthen and quicken the reflexes; when people were fed it, they worked better and more efficiently. Though stimulating, it does not have the twitchy side effects of caffeine. It wouldn’t surprise me if major corporations started dropping the berries in their water coolers.

It has also been shown to stimulate breathing by affecting the central nervous system. The exact process is not yet understood, but it works so powerfully that the plant is used in morphine overdoses to counteract the respiratory paralysis that often leads to death in such cases. With a 76 percent success rate in treating certain types of hepatitis, schizandra has likewise proven an effective cure for chronic liver diseases.

When taken intravenously, it decreases blood pressure, and in alcoholic solutions, it acts as a vasodilator. It has been shown to stimulate rabbits’ uteruses before, during, and after pregnancy. Specifically, it strengthens rhythmic contractions, and as such, it is used in promoting and procuring healthy labours.

What’s more, schizandra aids in the digestion and absorption of nutrients into the body. It increases visual acuity and the field of vision as well as the ability to discern different sorts of touches. In short, it improves the sensory perceptions. It also increases people’s ability to deal effectively with stress and improves their endurance. Once again, this was proven with mice in a lap pool. Taking the plant makes animals and people alike better able to deal with their environment.

There are two kinds of schizandra plants, one producing red berries and the other black. The red berries are the fruits you see at the Chinese herbalist’s shop; the black ones rarely make it out of Asia.

The fruits are said to have five distinct flavors: sweet, sour, pungent, bitter, and salty. This feature of the plant gave rise to its name in Chinese, wu wei tsu , the five-flavored plant. Now, back to my theory that all tonic plants show off their specialness in some special way. Lemons are sour, dates are sweet, and any fruit with five flavors is mighty odd in my book. This fact alone would have hinted to early observers that something was up with schizandra.

As schizandra is a Chinese plant, to understand its medicinal use we must first learn through which channel the plant enters the body. If you guessed the lung and kidney channels you were correct. Schizandra first appeared in the Divine Husbandman’s Classic of the Materia Medica , which is to say that it has been around for thousands of years. The plant is used to treat a lot of different things, including coughs, premature ejaculation, chronic dysentery, and insomnia.

The thing I want to zero in on about schizandra is its role as, what the Chinese call an adaptogen. This is the concept in Chinese medicine that Westerners have the hardest time grasping because the adaptogen is an herb category we don’t even have. Adaptogens are plants that help you adapt to your environment. Let’s take another adaptogen, garlic, as an example. People eat garlic in hot countries so that the heat doesn’t make them sick; in high altitudes, it’s consumed to make breathing easier. It is also used to kill the unfamiliar bacteria folks encounter on trips. Garlic helps you adjust to any environment you happen to be in, and schizandra does the same thing. In essence, all of our tonic plants are adaptogens. That’s what preventative medicine is all about, helping the body to cope so that it never gets ill.

History
The drug is indigenous to China and has been used as a tonic since antiquity. One of the fundamental drugs in Traditional Chinese Medicine, many parts of the plant are used medicinally. The stem is decocted into a mucilaginous liquid that is used in cough, dysentery, and gonorrhoea. The fruit is considered anti-tussive, aphrodisiac, stimulant, and tonic. It is used in amnesia, asthma, cough, diabetes, diarrhoea, dysentery, insomnia, night sweats, polyuria, premature ejaculation, spermatorrhea, stridor, and tuberculosis. The seed is used in cancer. (10) Chinese tonic preparations frequently contain this drug.

Adaptogen Criterion
Although Brekhman identified Schizandra chinese (SC) as an adaptogen, he did not research this drug. Reviewing the literature it is clear that SC fits the parameters of an adaptogen as defined by Brekhman’s criterion; it is non-toxic, non-specific, and normalises function regardless of the pathology’s trajectory. Examples that demonstrate this are as follows:

* SC was determined to be non-toxic and safe. (9)
* The crude drug reduced hepatotoxicity associated with an Alzheimer drug in a mouse study (2) and reduced hepatotoxicity of carbon tetrachloride intoxication. (3)
* The crude drug acts as a free radical scavenger which may contribute to its reported anti-ageing effect. (4) Nine different lignan’s were determined to have anti-oxidant activity. (6)
* The crude drug increased resistance to work and increased capacity to do work in test animals.(5)
* Gomisin A was found to inhibit tumour formation following exposure to tumour causing chemicals. (7)
* Gomisin A showed a suppressive effect against hepatocarcinogen caused tumour formation in rats. (11)
* Rats, treated with Gomisin A, and then exposed to hepatotoxins, did not develop massive hepatic cells necrosis or die. The result suggested that Gomisin A could be used to prevent acute hepatic failure. (12) It also prevented immunologically induced hepatic failure in the guinea pig. (13) Several other animal studies demonstrated that Gomisin A protected the liver from chemical damage. (14–16)
* Schisandrin was shown to prevent cerebral toxicity in mice exposed to a cerebra-toxic compound. (17)
* Gomisin and Schisandrin were determined to have an anti-HIV activity. (21)
* Crude extracts lowered levels of serum glutamic pyruvic transaminase(sgpt) caused by hepatitis. The fruit exhibited a therapeutic effect in viral and chemical hepatitis. Schisandrol was the most effective in lowering sgpt levels. In mice, the drug reduced carbon tetrachloride liver toxicity.(10) Schisantherin A–D were found to normalise liver enzyme assays in patients suffering from chronic hepatitis. (8)
* Soviet research indicated that in low doses the crude drug acted as a Central Nervous System stimulant and in higher doses as a Central Nervous System depressant. (10)
* An analogue of Schisandrin was effective in reducing liver impairment in acute and chronic liver disease in human patients. (22)
* Gomisin A inhibited inflammation. (7)
* Soviet research indicated the drug regulated cardiovascular function. (10) Schisandrin B prevented myocardial ischemia-reperfusion injuries in the rat heart. (19)
* Schisandrin B diminished the hepatic-toxicity associated with a toxic compound and enhanced cognitive function in mice. The conclusion was that Schisandrin B might be useful in Alzheimer’s therapy to diminish toxicity associated with Alzheimer’s drugs and to improve mental function. (18)
* Schisandrin B reduced carbon tetra-chloride hepatotoxicity in streptozotocin induced diabetic rats. (20).

Conclusion
Schizandra chinensis is one of the most widely used tonic drugs in Chinese medicine. It is seen as a fortifying agent, strengthening the weak, the ill, and the aged. As shown, SC complies with adaptogenic criterion set forth by Brekhman and there is evidence that the drug can be used to raise resistance to stressors. In addition, as research reveals, it may be useful in certain specific instances.

SC and Hepatitis
The drug may have a role raising resistance to chemically induced and viral hepatitis. The drug has been shown to raise liver resistance to free radical damage, toxic compounds, and inflammatory changes in animal studies. (2–4, 6, 11–16, 18, 20, 22) The same studies also suggest it may have a role in preventing the liver damage often associated with chronic hepatitis.

SC and risk reduction in drug therapy
The drug may have a role in reducing the toxicity associated with certain drug therapies as it raises resistance to liver toxicity in healthy and compromised animals. (7,20) A study using mice demonstrated that the liver toxicity associated with one Alzheimer drug was reduced with the administration of SC. Though liver damage was reduced, the efficacy of the Alzheimer drug was not. (2)

SC and chemical exposure
Similarly, SC may have a role in raising liver resistance to toxic compound exposure in workers routinely exposed to toxic chemicals and to those incidentally exposed. Indeed, the crude drug and constituents have been shown to reduce liver toxicity associated with exposure to hepato-toxic substances. (2–4, 6, 11–16, 18, 20, 22)